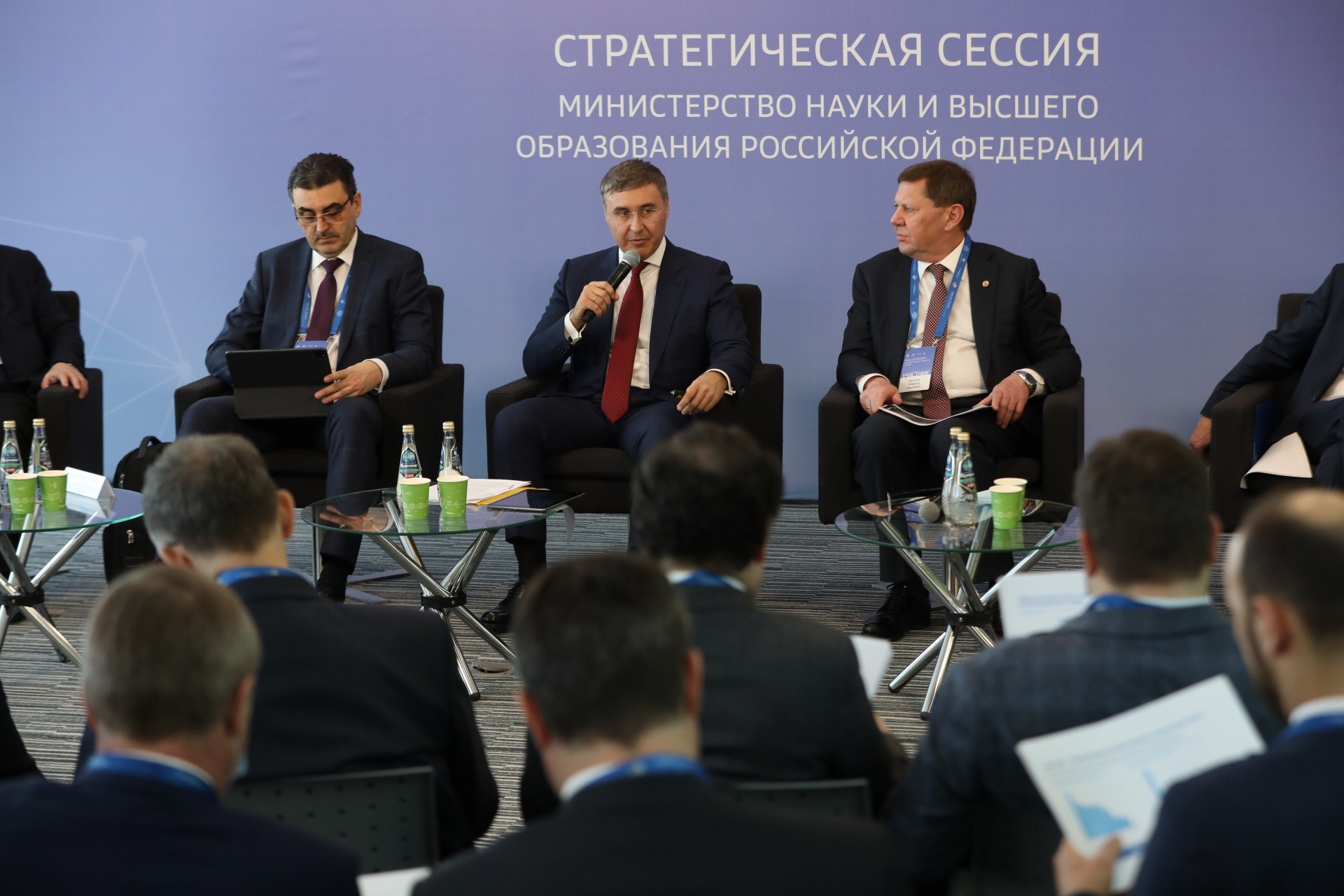 The event was held in Innopolis on 6 March.

Rector Gafurov was invited to moderate the Expansion of Russian Education panel.

Within the federal governmental framework, there are currently five groups working on the Strategy of Socioeconomic Development of Russia. One of the groups, National System of Innovations, is headed by Vice-Premier Dmitry Chernyshenko, who visited Kazan University with Minister Falkov on the same day. Valery Falkov in his capacity as the Minister of Science and Higher Education leads a subgroup called Innovative Development. Proposals for this group were, among other things, discussed during Falkov’s meeting with rectors.

Rector Gafurov put forth his ideas on further internationalization of Russian higher education. Some of them are as follows: increasing the number of tuition scholarships for overseas students; popularizing Russian education in key partner countries; creating special overseas centers to promote Russian-made hi-tech ad partnership with Russian technological leaders. Another important issue is to think about incentives to attract foreign postdocs and young scientists to Russian institutions.

In conclusion, Dr. Gafurov noted the importance of public funding and support for advanced training of international students at Russian educational centers and grant funding for network programs offered in collaboration with best overseas universities. He also expressed his wish to see a new online school of Russian language with global reach. It’s important to increase the visibility of language in digital media and education in particular, said the Rector.

Keywords: Ministry of Science and Higher Education of Russia, Government of Russia, Innopolis