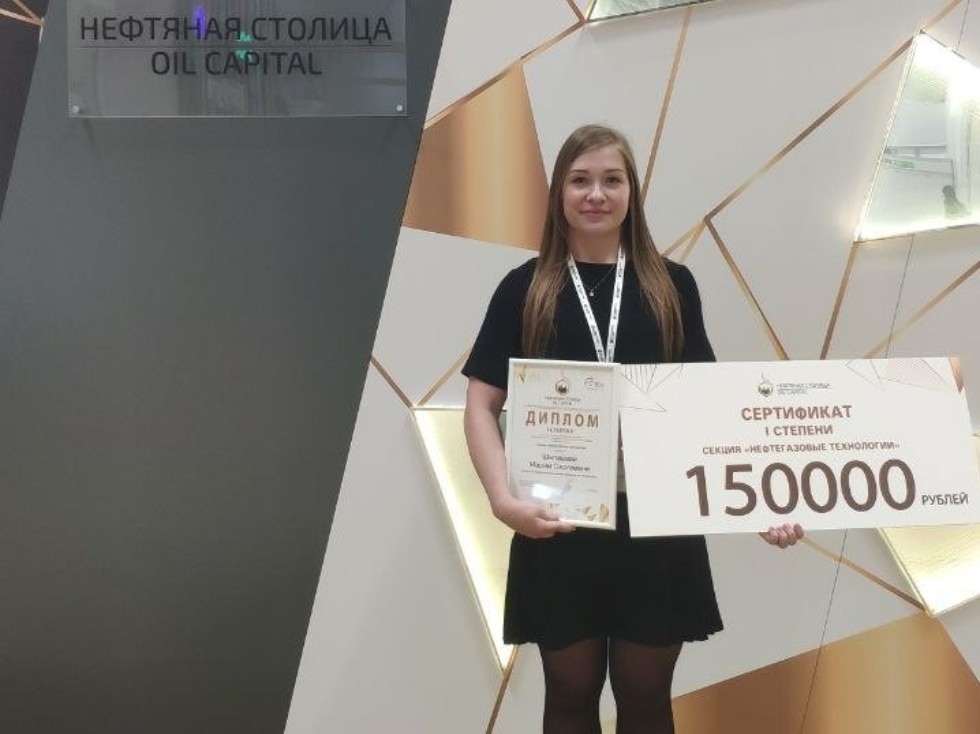 She submitted her project to the Oil Capital Competition in Khanty-Mansiysk, Russia, held on March 25-26.

“The technology, officially titled Geo-Indicator for Deposit Management, is a complex of lab research and mathematical algorithms,” says Shipaeva. “It aims to detect faults in the functioning of wells. It can also determine ratios in extraction from two horizons, area monitoring, and fracking monitoring.”

The project is a part of research conducted by the World-Level Research Center in Liquid Hydrocarbons, where Kazan Federal University acts the coordinating institution.

In the last two years, contributors of the Geo-Indicator project have studied over 2,000 oil wells in Tatarstan and other Russian provinces.

“We are pitching the tech to companies in other provinces. Recently, the management of Gazpromneft-Khantos decided to test it on their deposits. We plan to present the technology to overseas oil companies,” shares the prize winner.

KFU plans to file for a patent in the near future.