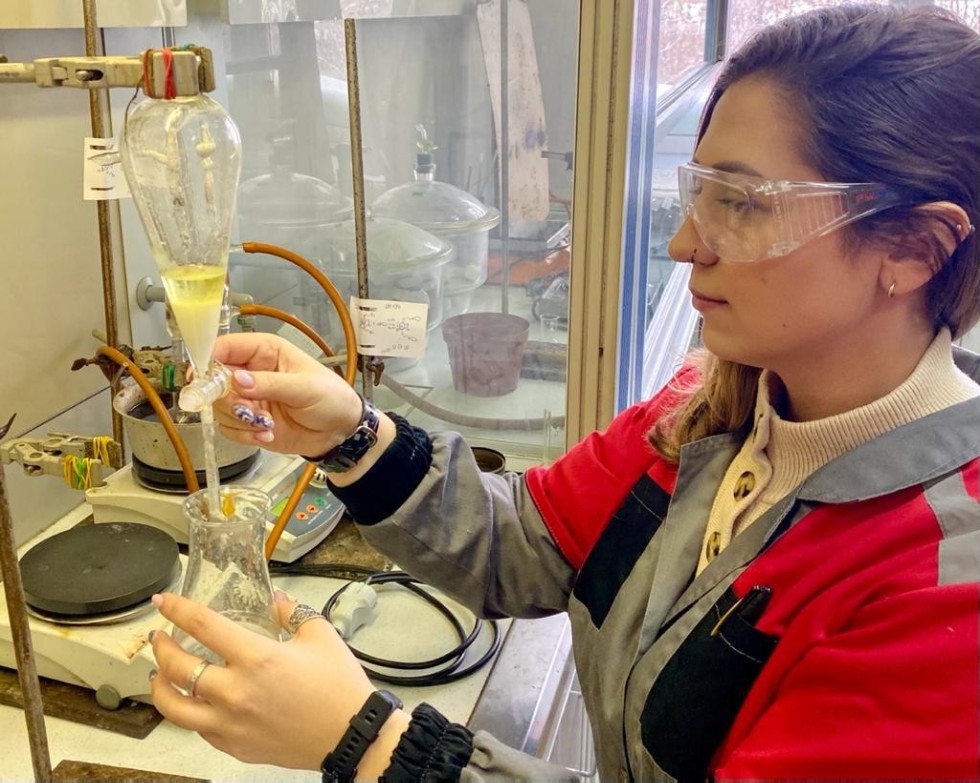 Her work is supported by a Russian Presidential Grant.

Ms. Nazarova conducts experiments on creating supramolecular systems based on pillar[5]arenes under the guidance of Professor Ivan Stoikov. Currently, she concentrates her efforts on a delivery system for paraquat, a widely used herbicide, and its derivatives.

“Molecules of pillar[5]arenes are shaped like columns,” explains Nazarova. “We organize the molecules by introducing various functional groups, such as negatively or positively charged, into them. As a result, pillar[5]arenes self-assemble into supramolecular ensembles and include ‘guest’ molecules into their structure.”

Ensembles of pillar[5]arenes are basically molecular containers that can capture some molecules.

“With a large intramolecular cavity, the containers serve as hosts for appropriate ‘guests,’ which in this case are paraquat and its derivatives. As a result of non-covalent interactions of the ‘guests’ with the host’s hydrophobic cavity, supermolecules are formed,” she continues. “The scattering of pesticides in the environment largely depends on the ways of application and the contents of such pesticides. When done in the field, the use of pesticides is accompanied by losses caused by volatilization, degradation, or photolysis. That’s why a large portion of pesticides and fertilizers doesn’t reach their target plants. The new generation protection measures that we are working on can help prevent such losses of compounds in the environment.”