Kazan Federal University is among the 100 legendary brands of Tatarstan 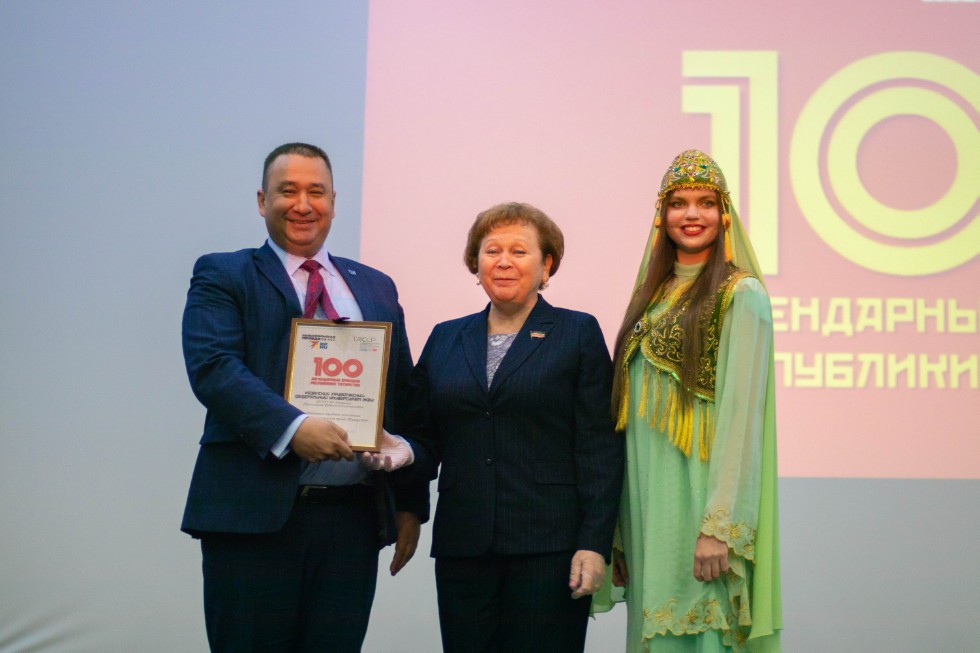 The award ceremony was held by the Federal Anti-Monopoly Service to celebrate 100 years of Tatar Autonomous Soviet Socialist Republic.

The nominations were made by the people of Tatarstan starting in late 2019. Overall, more than 900 various institutions and organization were proposed, and 200,000 people gave their votes in early 2020.

57 brands were voted as representing the whole Republic of Tatarstan, and 43 more for each of the 43 municipal districts of the province.

Kazan Federal University was included in the first category. Vice-Rector for General Affairs Rishat Guzeyrov received the diploma on behalf of KFU on 21st August.

Currently, KFU has 47,000 students, 9,600 of whom are foreign nationals from 106 countries. There are over 9,000 employees across its three campuses and many offices and subsidiary entities. The University is represented in major international rankings.