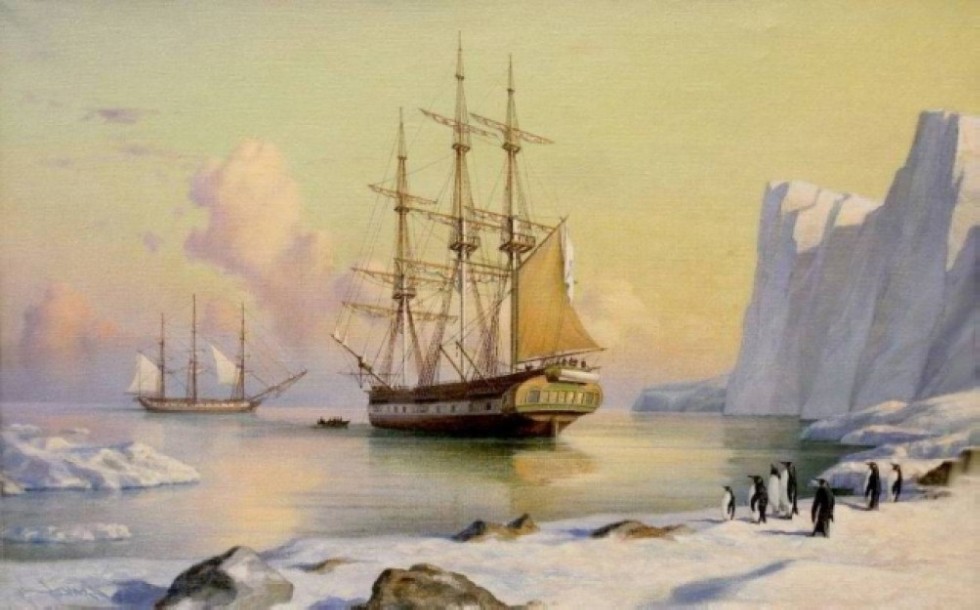 On 28th January 1820, the Bellingshausen – Lazarev expedition set sight on the southern continent.

During the circumnavigation on two sloops, which lasted for 751 days in 1819 – 1821, the sailors discovered over 30 islands and specified the outlines of hundreds of kilometers of the coast.

“Ivan Simonov held a number of astronomical observations. Having been the only scholar in the expedition, he was responsible for meteorological, glaciological, hydrogeological, magnetic, chronometrical and other records and research. In his memory, the Antarctic now has two Simonov capes, Simonov hills, and the Kazanskaya mountain,” explains Yury Nefedyev, Professor at the Institute of Physics of Kazan Federal University. “Zoological, geological and ethnological collections made by Simonov in New Zealand and Oceania are currently stored in Kazan University museums.”

Interestingly, in February 1821, when the expedition had not yet returned, excerpts from Simonov’s letters from Australia to the Supervisor of Kazan Educational District Mikhail Magnitsky were published in Kazanskiy Vestnik (“Kazan Messenger”). Four of them are preserved at the Lobachevsky Library. The library also keeps the manuscript of his travel notes. However, a comprehensive publication of travel materials was issued by Kazan University in 1990, almost 170 years after the journey.

In 1822, Simonov presented a lecture about his endeavors at Kazan University; the lecture was titled “A word on the successes of the sloops Vostok and Mirny around the world and especially in the South Glacial Sea in 1819, 1820, and 1821.” It was published later in Russian, German and French languages.

Nefedyev adds, “When Simonov returned from the expedition, he was elected Ordinary Professor and Dean of the Faculty of Physics and Mathematics. He lectured on general astronomy, geodesy, theoretical astronomy, theory of naval navigation, and navigational astronomy, and taught students to use instruments and tables. He also petitioned to build an astronomical observatory. In 1836 – 1838, the observatory was constructed under is guidance and became one of the best in Europe. Simonov is also the founder of the University’s magnetic observatory; he was appointed as director of that laboratory in 1844. He became famous for his works on Earth magnetism; he created an original method of determining local time by measuring the heights of celestial bodies and determined a number of geographical coordinates in Kazan Governorate and adjacent territories.”

Simonov was elected member of the Imperial Russian Academy of Sciences and member of many other Russian and international academies and societies.

To celebrate this big anniversary, the Lobachevsky Museum of KFU holds an exhibition of Simonov memorabilia until 30th April 2020.Apart from the University itself, the items are provided by the State Historical Museum (Moscow), State Russian Museum (Saint-Petersburg), and State Archive of Tatarstan.