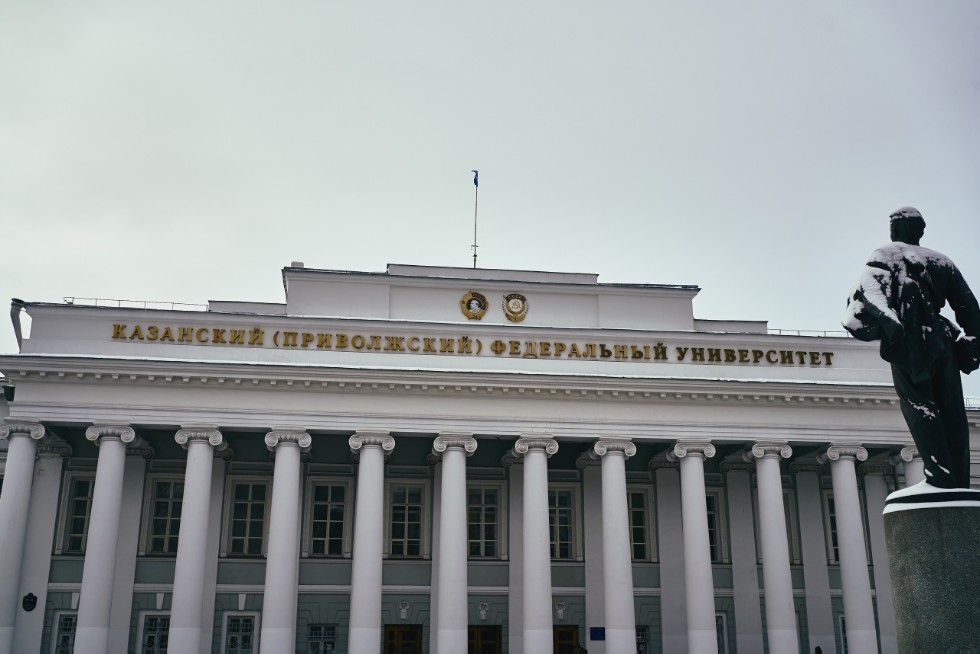 The interviews were meant to celebrate the Russian Science Day (8th February).

Director of the Research Center of Regenerative and Precision Medicine Albert Rizvanov:

The cost of genetic tests is rapidly decreasing, and in the near future genetic passports for each citizen may become a reality. A physician will be able to assess the risks of diseases, prescribe drugs based on the individual characteristics of the patient. Since a genetic passport will be tied to the patient’s history, the doctor will be able to immediately analyze human genetics. The development of genomic medicine will require the development of intelligent systems based on artificial intelligence algorithms and neural networks, which will act as medical assistants.

The development of telemedicine approaches will mean that wearable medical sensors will accompany a person constantly (such as smart watches, clothes, accessories, etc.). And these sensors will collect a huge array of personalized information; this information will allow to diagnose various diseases and to adjust your lifestyle to minimize risk factors. This will be associated not only with ordinary citizens, but also with workers, for example, in hazardous industries, which will significantly improve the quality of life and maintain health. Naturally, this also requires the development of intelligent big data analysis systems.

Many ailments today are considered incurable. First of all, these are hereditary diseases, including orphan diseases. The development of genetic and cellular technologies will allow the creation of individual medicines directly for a particular patient, almost at the patient’s bedside. With the development of automatic systems that work with patient cells and genetic engineering, their cost may decrease. At the same time, the development of this area requires the modernization of the legislative framework.

My field of research is very diverse, and it is difficult to predict what will be realized in the next 10 years. Research in materials science is now aimed at creating smart materials. There are a large number of promising areas - catalysis, energy, structural materials, and biomedical materials. I think that over the next 10 years, bio-imitating materials that are being developed today, that is, those that are human-created imitations of biological systems, will be widely introduced into practice. Some of these materials, inspired by nature, are already used in industry and medicine, but a significant number of laboratory developments are waiting in line.

We investigate both the physical and dynamic properties of the Earth’s natural satellite, and create a near-moon navigation system of coordinate-time support. In addition, we study the rotation parameters of the moon and its internal structure.

After 4 years, the Spectrum-Roentgen-Gamma satellite should provide materials for creating an X-ray map of the sky; X-ray sources will appear, including black holes, neutron stars, etc., in the identification of which (using the RTT-150 telescope installed in Turkey) Kazanian astronomers will participate.

I believe that within 10 years, through the joint efforts of scientists from different countries, we will develop technical capabilities for both avoiding dangerous space objects from colliding with our planet and for transporting small celestial bodies close to the Earth for the development of minerals that they contain. Also, our scientists conduct scientific work related to remote sensing of the Earth and transport navigation. In 10 years, I hope, perfect unmanned ground and air systems and an accurate model of the Earth’s surface will appear.

In 10 years, a world-class virtual observatory should appear at Kazan University. Its difference from other world analogues is that it will contain not only digitized data of stellar positions, but also digitized observations of small cosmic bodies, astrophysical objects, and objects of space heritage.

At KFU, work is underway to include KFU astronomical observatories in the list of UNESCO protected monuments.

Due to the fact that the share of traditional oil reserves is falling rapidly, emphasis will be placed on the production of hard-to-recover hydrocarbons. And, of course, new technologies will appear in this area, including those aimed at producing heavy oil. Kazan Federal University is developing its own underground refinement technologies.

The next thing, in my opinion, is linked with the huge reserves of Russia, which are concentrated in deposits with low permeability reservoirs. These include the Bazhenov Formation and Domanik deposits, which contain billions of tons of organic matter that can be converted into oil. The development of these reserves is one of the priority areas of the oil and gas sector. Here, technologies are needed for the search and development of deposits.

Another important area is related to the Arctic, where huge reserves of oil and gas are also concentrated. It requires the latest technology and materials for the successful and efficient production of hydrocarbons in harsh conditions. It is worth noting that the 21st century is considered by many experts to be the century of gas, since gradually natural gas becomes the main source of energy. In the coming years, new technologies will be created for its extraction and processing. I will also mention the production of natural gas from gas hydrates. In recent years, successful pilot tests of new technologies for gas production from gas hydrates have been carried out. It is there that the main reserves of methane are concentrated. Moreover, their number exceeds the volume of reserves of other hydrocarbons on the planet. But these deposits can also have a significant impact on climate and the environment. Methane is a greenhouse gas. Large-scale decomposition of natural hydrates on the planet can lead to serious climate change. Therefore, it is on this source that special attention will be focused.

The next, fourth, important direction is associated with the ratification of the Paris Climate Agreement, according to which many countries limit the emissions of carbon dioxide and other greenhouse gases into the atmosphere. In this regard, we should expect scientific breakthroughs in the field of hydrogen energy, production of "green" and "blue" hydrogen. Today they are called future technologies. In the coming years, they will be actively developed, because it is the use of hydrogen for energy production that is a well-developed and cost-effective direction in the "green energy". However, scientists have to find new technological solutions for the storage and transportation of hydrogen.

Aydar Kalimullin, Director of the Institute of Psychology and Education:

Obtaining the status of a federal innovation platform allowed the university to become one of the leading universities in Russia involved in the development and implementation of an adaptive basic educational program for preschool education of children with autism spectrum disorders. The new kindergarten of Kazan University will become one of the centers that will generate the best practices in the country for working with preschool children who have an autism spectrum disorder.

The university’s specialization in the training of modern and qualified teachers allowed it to become one of the 100 best universities in the world in Education subject rankings of Times Higher Education. We are also among the 300 best in the same category in QS rankings.

The next point is related to the digitization of education. This is a global trend. Our plans are to transfer all master and undergraduate programs to the mode of blended learning, when each course will be accompanied by online resources. Of course, it will be more convenient and better for the educational process.

Another point is the training of wide-profile teachers for rural schools. In reality, this already happens when teachers teach 3-4 subjects, but not everyone is ready for this. It is necessary to accept and help them in this.

I can assume that someday we will begin to study aliens. Time does not stand still - everything is developing. Physiologists, neurophysiologists will discover new groups of neurons, it will become clear what functions they are responsible for, and psychologists, along with psycho-physiologists, will begin to study new phenomena. So far, we cannot even suspect what psychology will focus on. I would like to believe that the psychology of the future will give clear answers to many questions related to artificial intelligence and the psychology of robot behavior.

The first, significant area of ​​study is the psychology of safety, terrorism and disasters. In order to counter terrorism, it is important to study it first.

The second direction is neuroscience: psychophysiology, psycho-genetics, and evolutionary psychology. Interest goes to the implantable substrate in psychology. The psychology of morality and spirituality, as well as positive psychology, will not be ignored. The psychology of social networks, virtual reality, and neural human-computer interfaces are interesting. In short, it’s the study of cyborgs.

More and more emphasis is placed on the fact that psychology should not be an isolated science, but should be combined with philosophy, medicine, genetics, psychopharmacology and genetic engineering. The Institute of Psychology and Education keeps up with the times, as one of the laboratories is dealing with stress psychology. And the psychologists of our department are included in the work of applied research at the Laboratory of Intelligent Robotic Systems, where they are engaged in the research of autonomous robots.