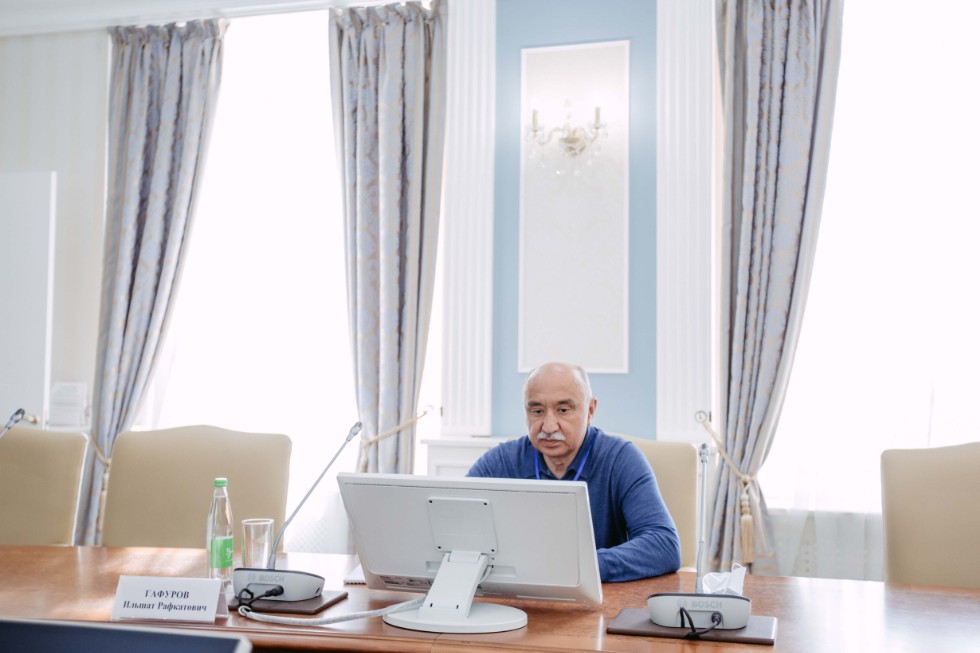 A regular meeting was held via video conferencing on 12 October.

The meeting was chaired by Victor Sadovnichy, Rector of Moscow State University and Head of the Union, and included Minister of Science and Higher Education Valery Falkov and his deputies.

Minister Falkov assured that there won’t be a full countrywide lockdown of universities in the current academic year. The objective is to preserve the face-to-face format as much as possible; which means that mostly there will be a combined type of instruction, where international students (the vast majority of who haven’t been able to arrive to the country) and some domestic students can study from home, whereas their classmates are still on-site at their institution.

Decisions to declare full quarantine at a particular university will be made on a case-by-case basis by local authorities and the Ministry of Science and Higher Education. As for Kazan Federal University, the situation is currently under control, and there is no ground for closures.

Deputy Minister of Science and Higher Education Alexander Narukavnikov then spoke about approaches to digitization of higher education. Discussions on the distribution of state-funded tuition among universities were also held.