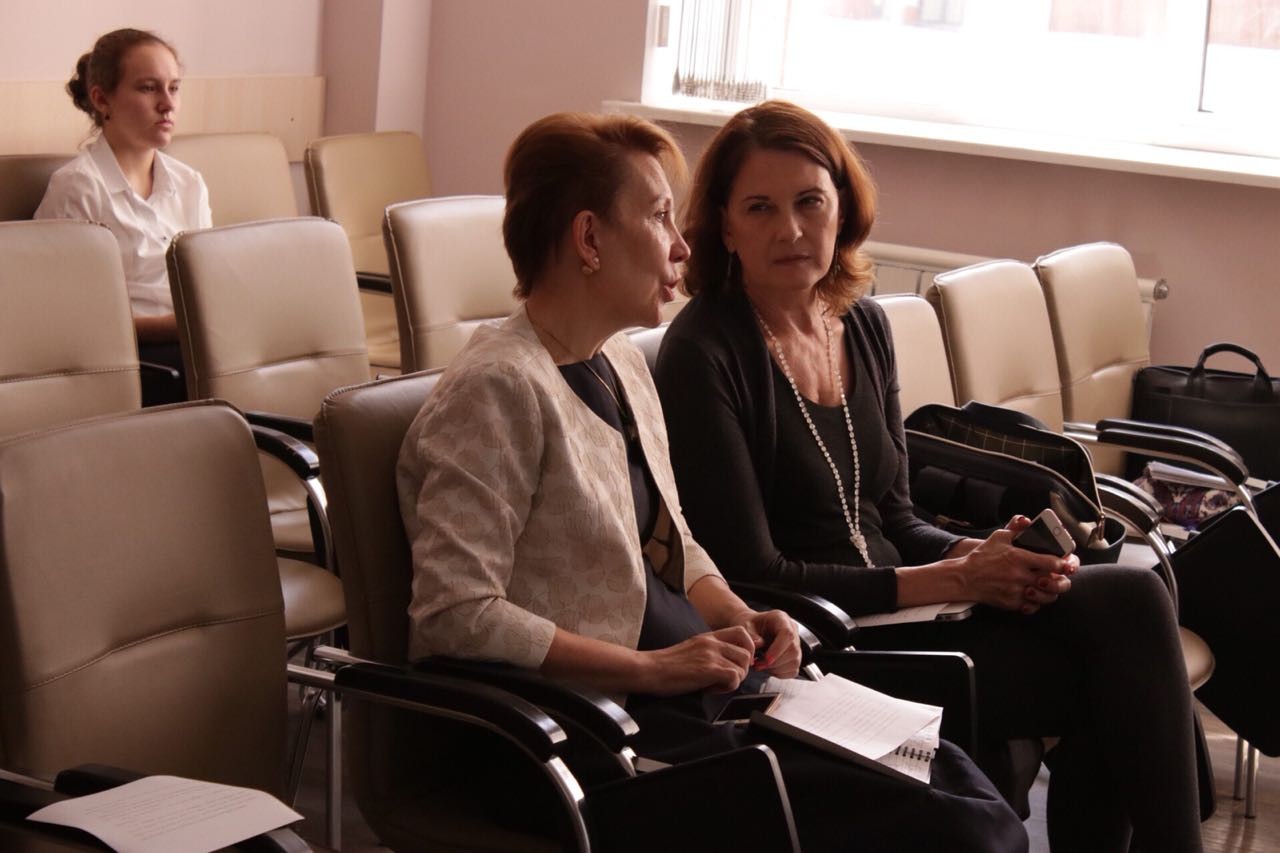 The guest from Arizona State University arrived to give lectures and master classes about her research at a weeklong summer school titled “Game-Based Intelligent Tutoring Systems.” She kindly agreed to talk about her work and cooperation with Kazan Federal University.

Can you please introduce your research in layman's terms - what exactly is the gist of your work?

Very broadly, we study different aspects of literacy, for example, how someone understands a text, how someone is able to write essays or write about a text, and how to understand the difficulty of at text. We created various technologies related to these topics, analytic tools which extract features of texts, and two tutoring technologies. One is called iSTART (Interactive Strategy Training for Active Reading and Thinking) which gives students the practice of using comprehension strategies. The other is Writing Pal, which provides students with opportunities to write essays with automated feedback and also gives them strategy instruction. Both of these tools are game-based.

Have you and your colleagues already started fine-tuning these instruments for languages other than English?

One of the things that we have developed is iSTART in Spanish. For that, the Chilean government provided funding for a postdoc to come for two years, and he translated iSTART into Spanish. A part of our objective was to develop algorithms in Spanish. That was very difficult because we had no corpus to predict the quality of explanations. Actually, it appeared to be even more difficult than I had expected, as the algorithm didn't work. We also found holes in the English algorithm as a function of this process. The iterative outcome was that we understood that the algorithm was wrong, so we started over.

Another group of researchers including Art Graesser developed Coh-Metrix for a number of languages, among them Arabic. There are also other people who have mimicked Coh-Metrix – in Taiwan and Portugal. The Netherlands started earlier than anyone else, so there is also some work in Dutch. Various countries have worked towards mimicking Coh-Metrix, which is the main tool for analyzing the features of language.

What does “games-based” mean pertaining to your current workshop at Kazan Federal University?

What's the age range of students on which you have tested this system?

From high school to college and adult literacy students.

There must some difference in implementations of this technology between natives speakers and learners of English as a second language?

What we have done is test the technology with English language learners. We are located in Phoenix where a significant proportion of students learn English as a foreign language. There are many Asian and Spanish-speaking students. In all of our studies we have found that the technology is equally effective.

There was also a student who tested iSTART on Chinese students who were entering college with relatively low levels of language proficiency, and it helped improve their comprehension ability. There was a test of Writing Pal in Italy, and it also proved to be effective. As for adult literacy students, they need more scaffolding, and we are right now working on a technology and haven't yet tested it very much.

What do you expect to be further results from your cooperation with Kazan University?

This is something that we are yet to find out in the next week and a half.

This trans­cript was edited for brevity and clarity.

Leave a comment
Other news and announcements
Memorandum of understanding signed with National Human Resources Development Institute of the Republic of Korea
Psychological factors contributing to language learning
Council of Rectors of Tatarstan congratulated winners of grants for young scientists
Biochemists seek to find out how vitamin D influences tumors
Kazan University opens COVID hotline for students and employees
Research Associate Aleksey Andreev on whether we'll be able to utilize resources from asteroids
Ilshat Gafurov commended as Rector of the Year
Professor Makarim Nafikov on global warming and what we'll eat in the future
Linguist Liya Bushkanets on how we may be able to communicate with extraterrestrials
Employees awarded on University's anniversary
Psychologist Ildar Abitov on superstitions in different circumstances
Kazan International Linguistics Summit 2020 is underway
Vice-Rector for Biomedicine Andrey Kiyasov: 'The virus doesn't need to mutate'
Cubicles for online teaching now available to educators
Best science clubs of the year awarded at Kazan University
Record number of freshmen applied for volunteer programs
Russia-Africa Partnership Forum held at Kazan University
Ambassador of Tunisia Tarak ben Salem seeks expansion of ties with Kazan University
'We are going to overcome this,' assures general practitioner of the University Clinic
Mari and Karelian respondents give insight into necessary improvements of local language and culture education
Oil-eating worms provide valuable assistance in soil remediation
Âőîä â ëč÷íűé ęŕáčíĺň
Çŕáűëč ďŕđîëü? Đĺăčńňđŕöč˙