Professor from Germany visited the Laboratory of Intelligent Robotic Systems. 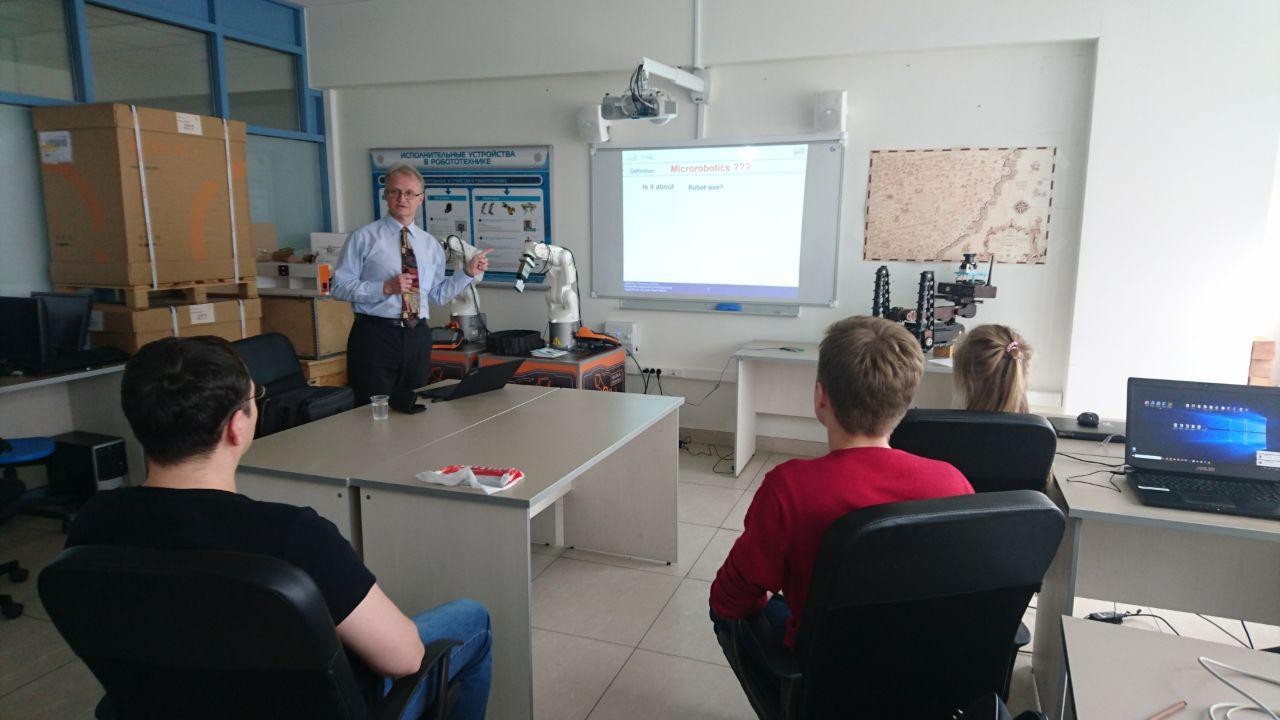 Sergey Fatikov visited Higher Institute of Information Technology and Intelligent Systems (ITIS)  on September 24. He is a professor of the Department of Computer Science, Head of the Department of Microrobotics and Instrumentation at the University of Oldenburg (Germany). He is also a member of the editorial board of the Micro-Bio Robotics journal. In 2001, he founded a new department for the study of microrobots and control (AMiR) at the University of Oldenburg. Since 2001 he is a professor in the Computer Technology Department and the head of AMiR. It should be noted that more than 200 works of the professor are published in such bibliographic and reference databases as SCOPUS and Web of Science. The total number of citations in Scopus is 2276, in WoS – 1260 with Hirsch index 23 that indicates a high rating of the professor.

During the visit team of Laboratory of Intelligent Robotic Systems (LIRS) of the Higher Institute of ITIS presented projects and achievements of the LIRS in the fields of robotic surgery (automation of routine surgical operations), intelligent navigation of mobile robots and swarm robotics. Some projects have been singled out because they are directly related to research works with robots of the laboratory such as the development of a graphic interface for controlling the robot "Engineer", its autonomous movement; setting up the autonomous navigation of the robot PMB-2, organizing its interaction with the quadrocopter DJI Phantom 4 Pro, projects in using of fiducial markers in robotics. After that guest got acquainted with the Master's programme in robotics of ITIS.

Sergej Fatikow commented on his visit: “You have a great team, wish you all the best for setting up a powerful robotic lab in Russia.”