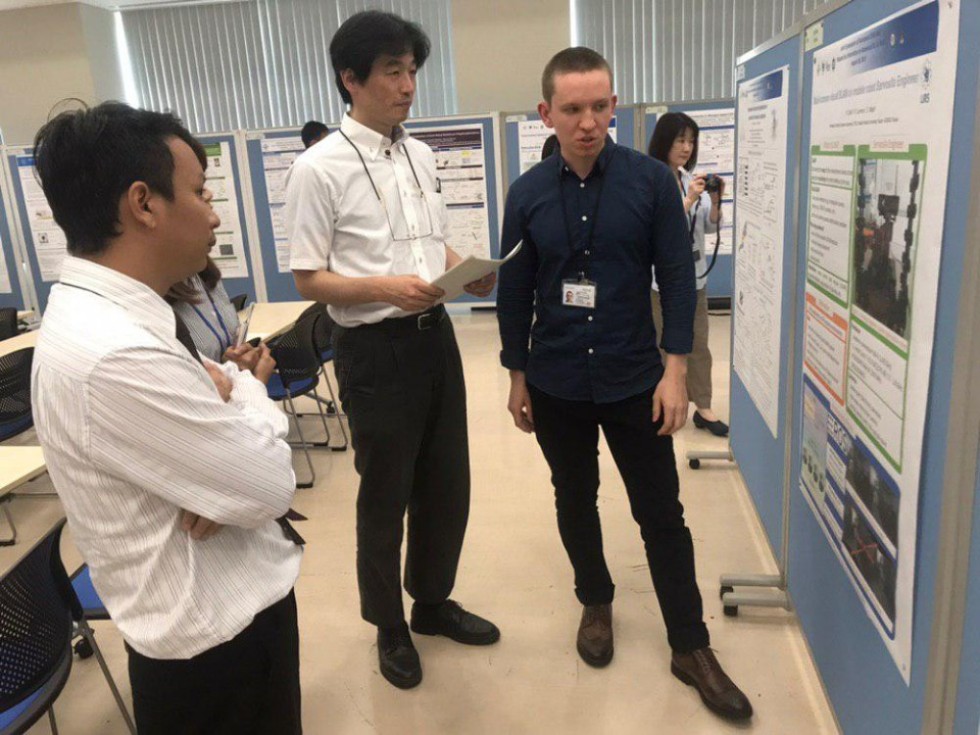 Master’s students of “Intelligent Robotics” of the Higher Institute of Information Technologies and Intelligent Systems (ITIS) Ramil Safin and Artur Shafikov, who do their internship in the University of Kanazawa, successfully presented their papers in the field of intelligent robotics on poster session. The topics of paper were:

This is not the first collaboration between KFU and the Kanazawa University. The previous year a student of Electronic Information Sciences Department of Physical Sciences Faculty of the Kanazawa Univeristy Tetsuto Takano, who did his internship in the Laboratory of Intelligent Robotic Systems (LIRS) from August to September 2018, took part in the symposium. LIRS also wrote several joint papers with Japanese scientists.

Artur Shafikov about the symposium: “The event that was held on Monday between Kanazawa University and six  Russian universities gave us an amazing opportunity to get an insight into researches of Kanazawa University and Russian universities; to learn opinions of Russian, Japanese students and professors of different fields; to present LIRS projects. A heightened interest in researches of the laboratory lifts us up and motivates for the further work”.
Ramil Safin has also shared the information with us: “The symposium went in pretty tight style. Every student presented a topic of its work during 1-2 minute, after what there was a poster session that lasted for 20 minutes. 3 or 4 persons asked me about the Engineer robot and SLAM work principle. It was quite interesting to communicate with foreign people despite the fact that there was no roboteers among them”.