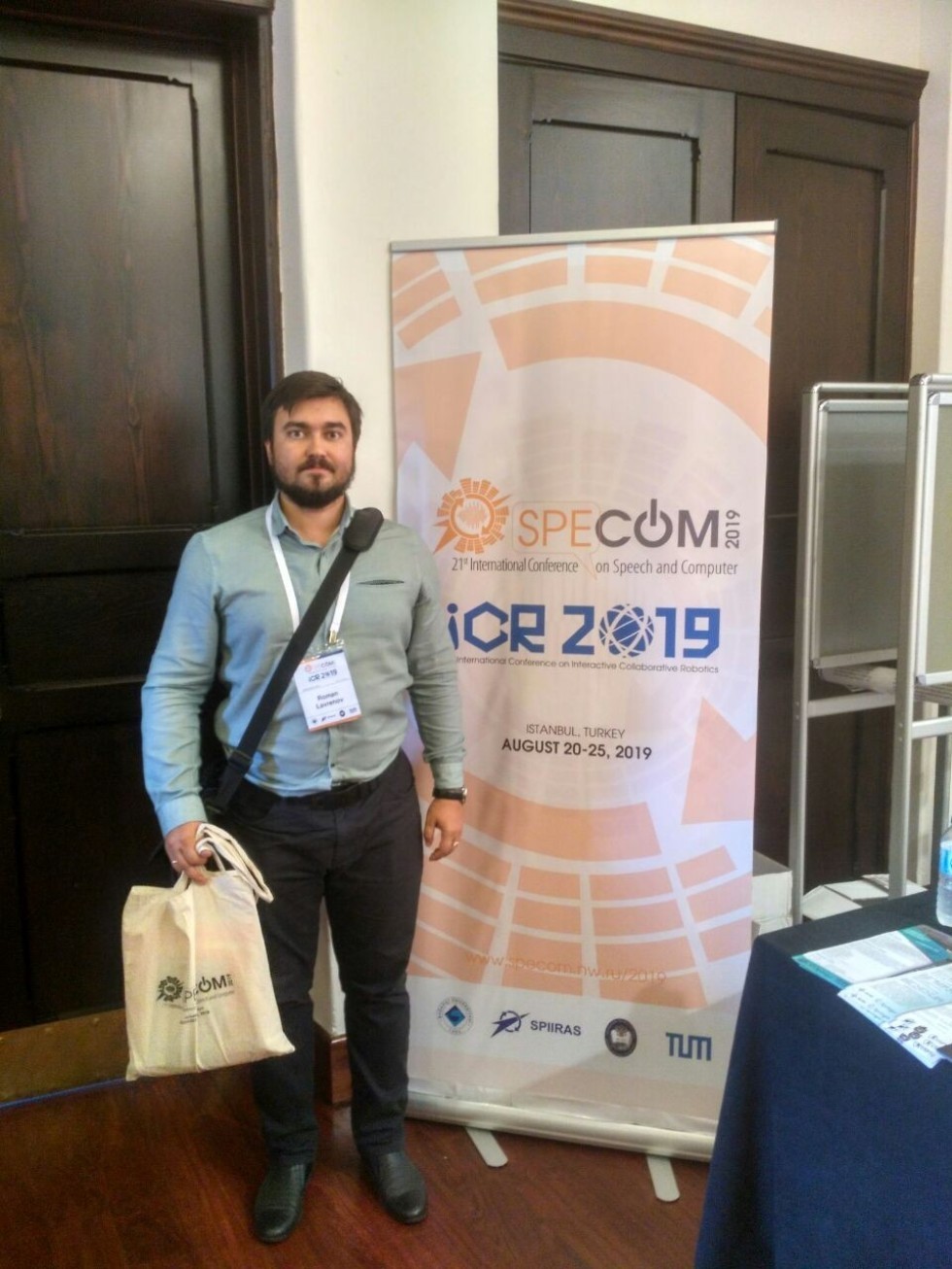 On 20-25 August 2019 in Istanbul, Turkey was held the 4th International conference on Interactive Collaborative Robotics (ICR-2019) jointly with the 21st International Conference on Speech and Computer (SPECOM-2019).
SPECOM is an annual event that takes place from 1996. Researches in the field of computer speech processing, multimodal interface and application systems for telecommunication come to participate in this conference from all over the world. Since 2016 fields of robotics, intelligent and cyber physical systems became a particular conference named ICR due to their increasing popularity. Earlier these fields were special tracks of the SPECOM conference. Both conferences are usually held together. Proceedings of the ICR conference are indexed in Scopus and Google Scholar databases.
Employee of the Laboratory of Intelligent Robotic Systems (LIRS) of the Higher Institute of Information Technologies and Intelligent Systems (ITIS) (KFU) Roman Lavrenov took part in the conference, where he presented two papers, written by students of master's science of “Intelligent Robotics” and workers of LIRS:
- “DCEGen: Dense Clutter Environment Generation Tool for Autonomous 3D Exploration and Coverage Algorithms Testing”. Authors: Evgeni Denisov, Artur Sagitov, Roman Lavrenov, Kuo-Lan Su, Mikhail Svinin, Evgeni Magid;
- “Household objects pick and place task for AR-601M humanoid robot”. Authors: Kamil Khusnutdinov, Artur Sagitov, Ayrat Yakupov, Roman Lavrenov, Edgar A. Martinez-Garsia, Kuo-Hsien Hsia, Evgeni Magid.
Roman Lavrenov told us about the conference: “The International conference on ICR gathered all together scientists-roboteers from all over the world. The research results are diverse and reflect different problems of modern robots. It includes joint path planning for group of robots, technologies of data exchanging and research of overcoming obstacles mechanics. It is a pleasure that representatives of Russia and foreign countries are interested in LIRS researches. As a result, after my performance on the conference the representatives of foreign universities asked me about methods of realization and testing of algorithms developed by our laboratory team. The second day of the conference is harder for me; the reason is that the conference organizers chose me as a Head of the track called “Controlling and communication of robotic systems”. I reckon, it is indicative of scientific respect to the LIRS”.
Earlier the Head of LIRS Professor Evgeni Magid took part in ICR-2017 in Hatfield, England and ICR-2018 in Leipzig, Germany.