A Head of the Laboratory of intelligent robotic systems gave a talk at the International conference on Artificial Life and Robotics 2020 in Japan
Main page \ Academic Units \ Physics, Mathematics and IT \ Institute of Information Technology and Intelligent Systems \ Research \ Laboratory of Intelligent Robotic Systems \ News 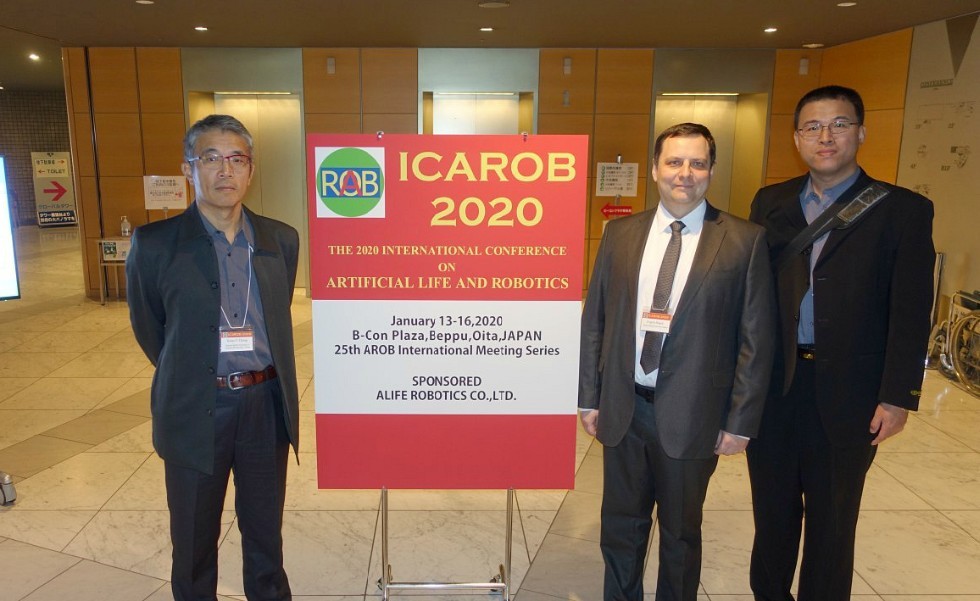 The annual International conference on Artificial Life and Robotics (ICAROB 2020) was held in Beppu, Oita Prefecture, from January 13 to 16, 2020, to mark the 25th anniversary of artificial life and robotics International Meeting Series.

This conference provides researchers with new developments of modern technologies related to robotics, networks, and artificial life; also related to computer modeling, hardware design, and networking of modern technologies. In addition, the conference provides an exchange of information on the results of advances in robotics, networks, and artificial life technologies that create the basis for new exciting research and applications.

A Head of the Laboratory of intelligent robotic systems of the Higher Institute of Information technologies and intelligent systems of KFU professor Evgeni Magid had been participating at the conference for the fourth year in a row as a speaker and member of the International Organizing Committee. This year he presented reports on the following topics:

The articles were prepared within the framework of RFBR-RT project ą18-48-160037 "Development of a control system for robotic laparoscopic instrument for autonomous stitching" and international project ą19-58-70002 "Information System of Emergency Situations Management in the areas of  Floods and Landslides with Assistance of Distributed Heterogeneous Group of Robots".

Ôîňîăđŕôč˙ čç ěŕňĺđčŕëŕ: A Head of the Laboratory of intelligent robotic systems gave a talk at the International conference on Artificial Life and Robotics 2020 in Japan