A graduate of the Laboratory of intelligent robotic systems, Evgeni Denisov, is leaving for the scientific troop of the military innovation technopolis 'Era'
Main page \ Academic Units \ Physics, Mathematics and IT \ Institute of Information Technology and Intelligent Systems \ Research \ Laboratory of Intelligent Robotic Systems \ News

A graduate of the Laboratory of intelligent robotic systems, Evgeni Denisov, is leaving for the scientific troop of the military innovation technopolis 'Era' 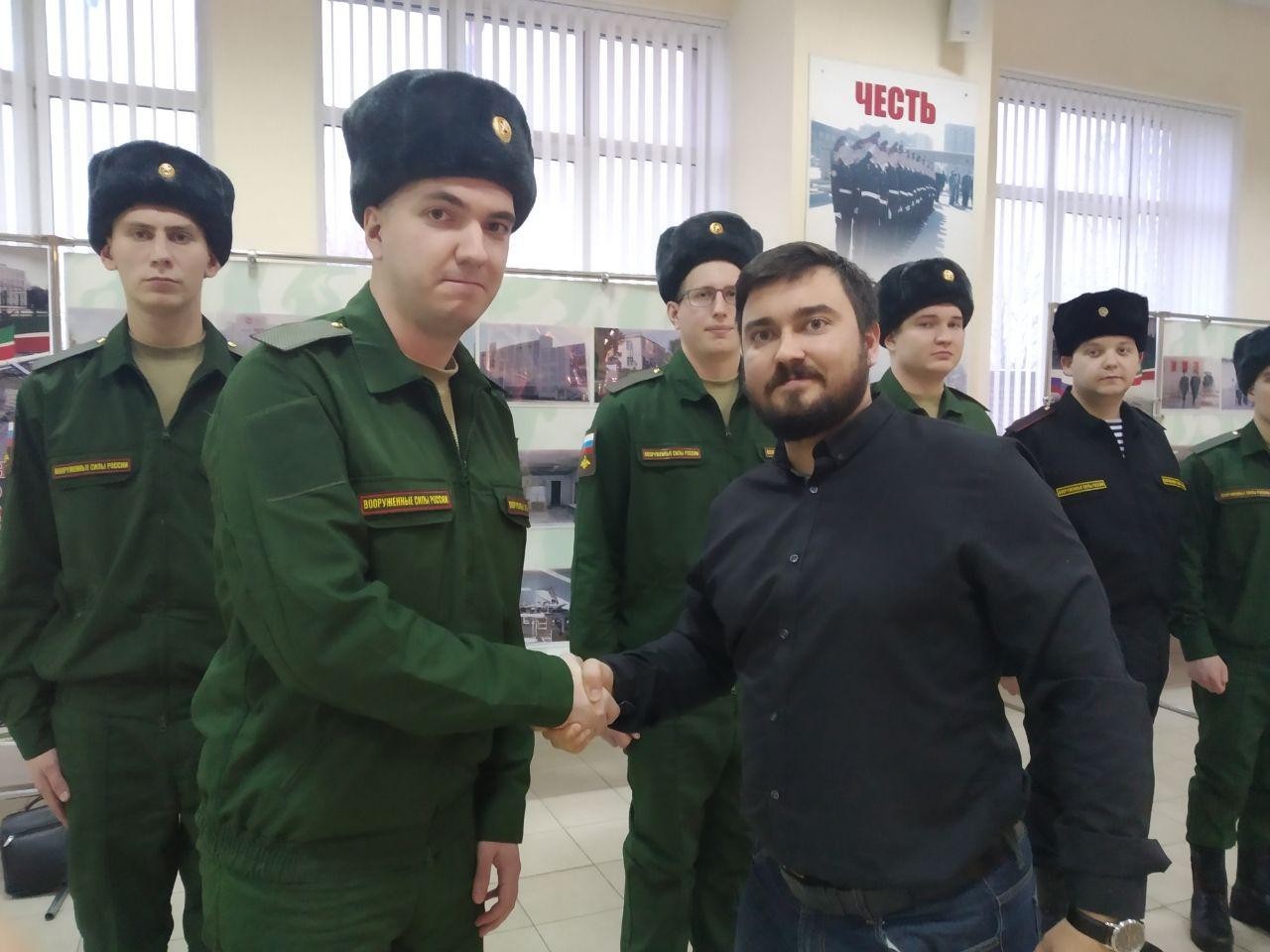 On December 11th, Roman Lavrenov, an employee of the Higher Institute of Information technologies and intelligent systems, attended the official send-off of Evgeni Denisov, a graduate of the "Intelligent robotics" master's program in 2019. The ceremony was held at the Republican center for sports and patriotic and pre-cons­cription training of youth «Patriot». During Evgeni's studies, he has proved himself as a hard-working, attentive, diligent and creative student with high mental capabilities. The student sent high-quality papers, one of which is currently used as a good example and correct design of a scientific report. Moreover, during his studying, he prepared two scientific articles as the first author (articles are indexed in the Scopus database).

Thanks to the knowledge gained during the studying, Evgeni was assigned to the scientific troop of the military technopolis "Era". The purpose of “Era” is to provide the search, development and implementation of breakthrough technologies in the field of defense. Technopolis pays close attention to educational programs for young scientists in the Russian Army. It is located on the sea coast, which creates comfortable conditions for the work and life of soldiers. Recruitment of scientific trops by cons­cripts is conducted in accordance with the principle of appropriate qualifications and high professionalism. Let us note that only 5 people from the Republic of Tatarstan were sent to scientific troops, which are 14 in the Russian Federation. Each company is attached to specialized production enterprises of the domestic military-industrial complex.

During the ceremony, special attention was paid to the recruits of scientific troops. A photo session was held separately for them.

Evgeni Denisov shared us his views on further activities at the «Era»: "The technopark representatives have already called me before and determined the direction of my activities. It was decided that I will be engaged in programming unmanned aerial vehicles and quadrocopters, using the knowledge of ROS and Gazebo obtained while studying at the master's program”.

Roman Lavrenov, in turn, wished everyone good luck, easy service and useful experience that will help them in their future life and career. He also noted that in 2019, only 5 of 10 students graduated from the "Intelligent robotics" master's program, getting an excellent rating, including Evgeni Denisov.

‘ÓÚÓ„ūŗŰŤˇ ŤÁ žŗÚŚūŤŗŽŗ: A graduate of the Laboratory of intelligent robotic systems, Evgeni Denisov, is leaving for the scientific troop of the military innovation technopolis 'Era'