Cooperation between KFU and JLU 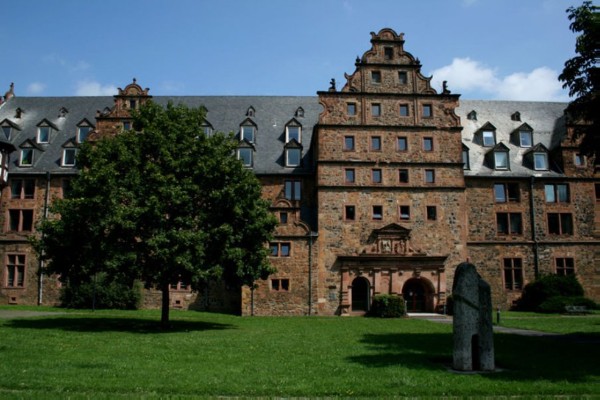 Justus Liebig University Giessen (JLU), founded in 1607, is one of the oldest universities in Germany.

Partnership between KFU and JLU exists for over 170 years. In the years 1839-1840 professor  Nikolai Zinin, a great Russian scientist and innovator, worked in Giessen in the laboratory of the famous Prof. Justus Liebig. Zinin's first articles on benzoic compounds were published in the journal “Justus Liebigs Annalen der Chemie”, which formed the basis of Zinin’s doctoral dissertation, which he defended upon returning to Kazan University.

The first curators of the partnership were Professor Galina Chmutova, Dean of the Faculty of Chemistry, KSU (1989-2003), and Josef Breburda, Professor of Soil Science at the University of Giessen (1989-1999).

After the signing of the official partnership agreement in 1989, collaboration began in the fields of chemistry, biology and linguistics. Gradually, other areas of cooperation have been successfully developed: physics, economics, soil microbiology, plant physiology, biochemistry, oriental studies and history.

Cooperation between the universities was built on basis of a mutual desire to create a special form of scientific cooperation that works and brings real results in science and education through joint efforts. All these years, the overall success of the partnership has increased owing to the personal initiative and activity of its individual participants.

Since February 2011, a joint program of scientific internships lasting from 1 to 3 months has been implemented, aimed at improving the skills of KFU employees. Funds for the implementation of this program are allocated from the KFU Development Program.

In May 2012, on the initiative of the University of Giessen, the Supplementary Agreement on the Development of Cooperation was signed. This agreement defines new forms and areas of cooperation, incl. creation of joint training programs, development of external and internal network interaction, drawing funds from third organizations, etc.

From the Giessen side, the curator of the Agreement is Monika Wingender, the director of the Giessen Center "Eastern Europe" (GiZo), Professor of the Institute of Slavic Studies.

The curator of the Agreement from the Kazan University is Head. Professor Olga Nikolaevna Ilinskaya, Department of Microbiology, Institute of Fundamental Medicine and Biology, Kazan Federal University.