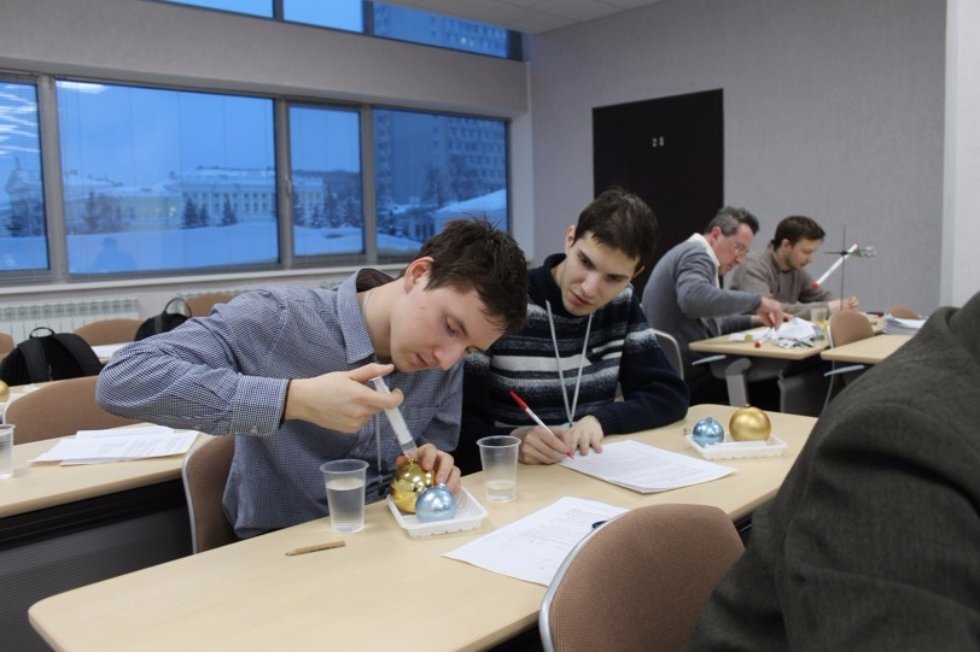 From 2014-2015 years the employees of the Institute of Physics of Kazan Federal University have been involved in the preparation and carrying of the regional stage of the All-Russian Olympiad and the Republican Olympiad of physics.

In addition, 2011-2012 years, the Institute staff has participated in the development of school-stage tasks, and since the 2014-2015 years - the municipal stage of All-Russian Olympiad of physics.

Since 2014 the annual Open City Olympiad in physics for students in grades 7-8 has been held at the Institute of Physics of Kazan Federal University. In 2015, it was attended by 410 students from Kazan, Laishevo, Zelenodolsk, Buinsk, Arsk, Baltasinsky Sabinsky and RT ragions.

The employees of the Institute of Physics participate in the Volga region scientific conference of students named after Lobachevsky ("Physics" section).

The works of participants of Inter-regional subject Olympiad in KFU on discipline "Physics" are developed and vivificated by the stuff of the Institute of Physics.

For preparation of students of the Republic of Tatarstan to the regional and final stages of the All-Russian Olympiad on physics the training camps are held.

On the basis of the Education Development Center of the Tatarstan republic and by the help of the Republican Olympiad Center the workshops on solving Olympiad problems in physics for teachers are organized.