History of the department 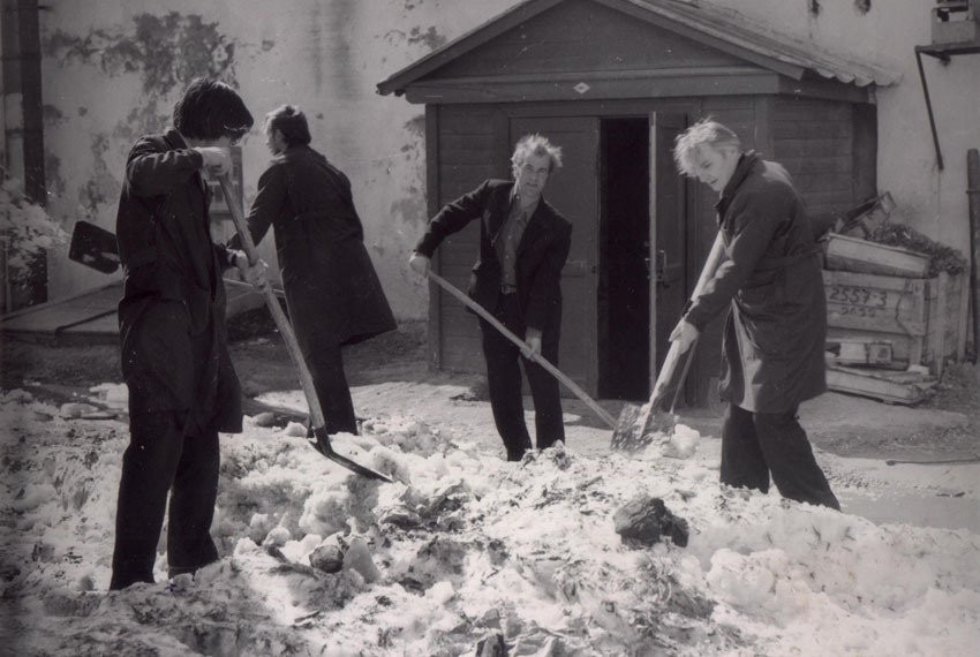 While most of the old departments of the Institute of Physics somehow related to discovery of the phenomenon of Electron Paramagnetic Resonance (EPR) at the University of Kazan in 1944, the Department of Solid State Physics is genetically linked to another outstanding discovery of the twentieth century – the resonance absorption of gamma rays by nuclei of a solid . This invention had been made in 1958 by the German physicist Rudolf Mössbauer and soon, in the year of 1961, was awarded the Nobel Prize in Physics. The Mossbauer effect became a basis for the so-called Nuclear gamma-resonance spectroscopy (Mössbauer spectroscopy) – a unique technique for studying the crystalline and magnetic microstructure of solids.

In 1963, the group of young physicists in Kazan University, leaded by assistant professor Sh.Sh. Bashkirov obtained first Mössbauer spectra using a homemade spectrometer. In 1969, the Department of Solid State Physics was established on the basis of this group. Naturally, the department was headed by Shamil Shagivaleevich Bashkirov, who successfully defended his DSc dissertation (1970) and received the title of Professor in 1971. Not surprisingly, the Mossbauer spectroscopy of solids became the main scientific direction of the young department, which carried out both theoretical (Bashkirov  Sh.Sh., Sadykov EK, Seljutin G.Y.) and experimental (Bashkirov Sh.Sh., Manapov R.A., Chistyakov V.A., Kurbatov G.D., Sinyavsky V.I., Ivoylov N.G., Liberman A.B. et al.) studies. These studies were widely recognized at the homeland and abroad. Successful was selection and development of the central focus of the research – magnetic oxide semiconductors, which began increasingly used at that time in practical electronics. Later on, the range of the research objects was expanded to "classic" semiconductors, organic semiconductors, geological samples, metals and alloys. The complimentary set of techniques in investigations of solids was established too: X-ray diffraction, X-ray fluorescence, optical and magnetooptical (MOKE) spectroscopy. At this time (1972), the first graduates are refreed. Two of them (Prof. Parfenov V.V. and Assoc.Prof. Khramov A.S.) are the teaching staff of the department till now.

Total graduates of the past years – more than 500 persons. They work all over Russia, near and far abroad countries – from the USA in the West to North Korea and Japan in the East. Among them are many well-known scientists, heads of production and business. Graduates of the Solid State Physics Department are distinguished as having a fundamental training in physics, inherent to the Institute of Physics unique skills in experimental physicist. First of all, they obtain a deep knowledge in materials science, experience in working with high-energy radiation (X-rays and gamma-rays), good training for the widespread use of electronics and computers for the data acquisition, processing, and automation of the scientific equipment and measurement procedures. All of these skills ensures their relevance in universities, in research and industrial laboratories, in the field of emerging technologies and non-destructive testing, diagnosis and inspection of materials and products, as well as the environment. Across the Volga region and beyond, our graduates are the science and industry experts in demand in the areas mentioned above. Over the past five years, 5 PhD and more than 30 master's have defended their theses based on the studies carried out in the department. A number of bachelor graduates have defended their doctoral and master's theses on the side, at the place of their employment and master education.