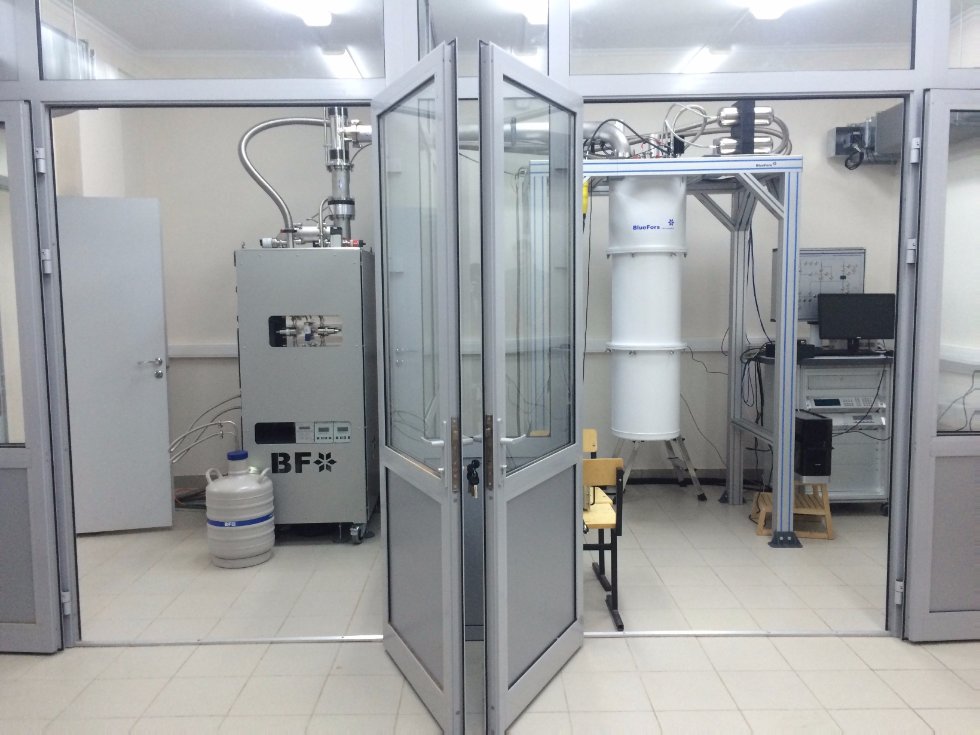 The laboratory objectives are theoretical, experimental study and development of the principles of building the analogue quantum simulator based on a two-dimensional electron gas on the surface of the helium and the study of problems of its application to problems of quantum transport in biological systems.

Motivation of the research. Some biological systems can exhibit quantum effects. For example, some photosynthetic biological systems (FMO-complexes) show almost 100% energy transfer efficiency of photons absorbed in the reaction centers. It is also suspected that the energy and electron transfer in biological systems provides by the interaction of the classical and quantum coherence noise from the environment, which eventually leads to increasing efficiency. However, even if the Hamiltonian of disordered quantum many-particle system, such as a biomolecule can be determined, the problem of the simulation of a quantum state is still infeasible for a classical computer.

A possible solution for this problem is to create a laboratory quantum device, which can be used for efficient simulation of physical phenomena of another quantum system, thus avoiding the above-mentioned difficulties with the classical simulation methods. Such device can be called a quantum simulator.

Quantum simulators can be divided into two categories: analog and digital. Digital simulators, in fact, are quantum computers. Their creation is very difficult now.

On the other hand, the quantum analog simulators represent experimental systems having similar or even identical to the behavior of the simulated system. Despite the fact that the analog quantum simulators have only limited ability to simulate very specific class of processes, It is more easily to realize them experimentally.