The Department of Contrastive Linguistics 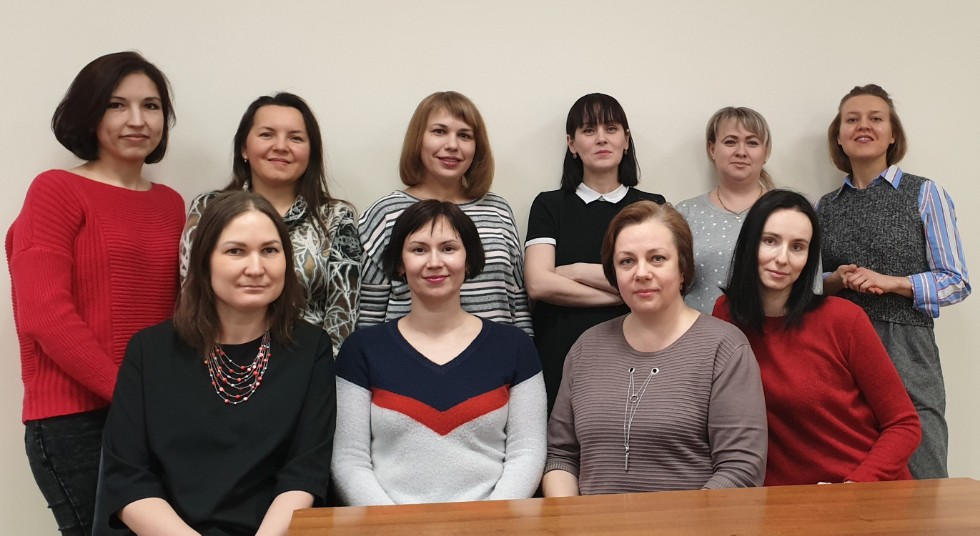 Memories of Z.Z. Gatiatullina can be read in the attached file (excerpt from the book of the Tatar publicist, Ph.D., associate professor, head of the Department of foreign languages of the Kazan State Pedagogical Institute in 1968-1978 Ahmadullin Sh.A. "And what do you think?") The Department deals with the contrastive analyses of related and non-related languages: English, Tatar, French, German, Spanish, Arabic, Turkish, Korean, Chinese, in order to establish the characteristics of the mentality of a particular people in the framework of intercultural communication.

The bachelor programme is offered in Teacher training (teachers of English (the first major) and French or Turkish, or Chinese (the second major)). The Department trains teachers of all foreign languages that are taught in secondary schools of the Republic of Tatarstan. As a third foreign language (as part of elective classes), students can choose from Korean, Arabic and Turkish.

At the same time, members of the staff teach the undergraduates of the department who study the specialty "Philology: RFL", having the second major English. The students are given different courses, such as “Country studies of the English speaking countries”, “Theory and Practice of Translation”, elective classes “Practice of Interpretation of the SFL” and “Practice of Written Translation of the SFL”.

Also, the Department supervises the holding of interregional Olympiad of KFU in the English language. The student scientific conference is held annually as well.

From the very beginning of its existence the Department has always paid great attention to the social life of students. In the framework of our activities, we attract both Russian-speaking and foreign students to events. It is a great opportunity not only to entertain students, but also to familiarize them with the culture of Russia and other counties, and to help them find good friends and establish relationships.