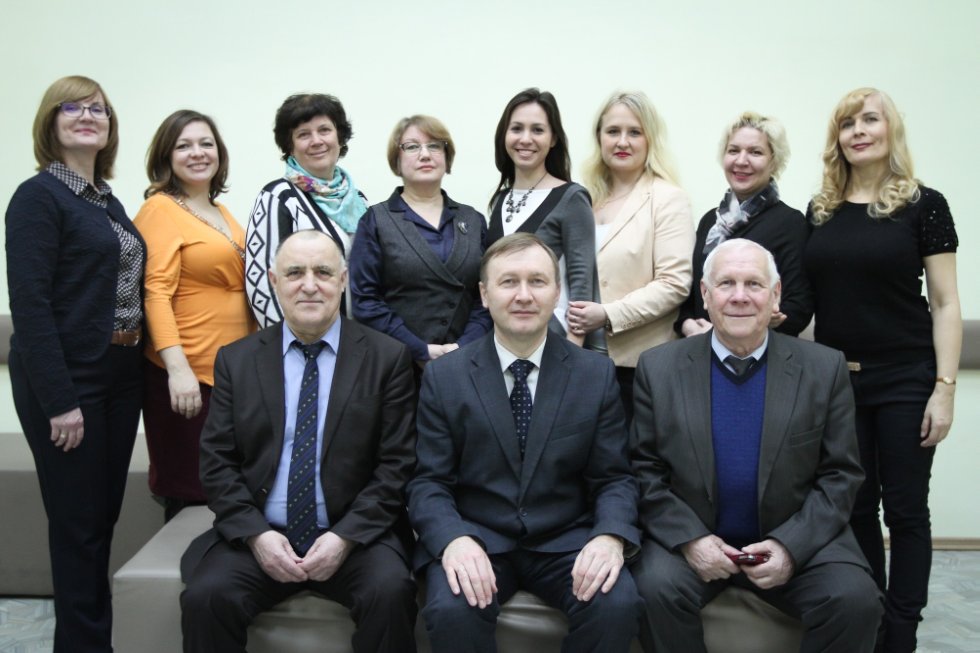 The teachers training at the Kazan Imperial University, a historic receiver of which was a Federal University, begins in 1812, and connecting with opening of Pedagogical Institute in its structure. It became the third educational institution of a similar profile in Russia and had a significant impact on educational and cultural development of the East of a country. The first Director of Pedagogical Institute was a German teacher, poet, Franz Ksaveri Bronner, and among the first graduates were the outstanding scientists N.I.Lobachevsky, I. M. Simonov, etc.

In 1851, in Kazan University the Department of Pedagogy was opened. The head of department was adjunct K.I.Lunstrum. In 1860 his successor became adjunct of Pedagogy department F.M.Lewandowski. In 1921 in Kazan University the Department of theory and public education practice headed by professor A.A. Krasnovsky was created on the base of social science faculty. In 1932 it had been transformed to University department of pedagogy and methods headed by professor S.P. Singarevich. In 1942 the department of pedagogy and psychology was created and the leader of it was associate professor B.P.Rojdestvensky, since 1969 associate Professor R.A.Nizamov,  since 1980 associate Professor G. A. Petrova. During this period there were working such persons like T.V.Shustakova, G. V. Muhametzjanov, E. A. Klimov, A. A. Kupriyanova, L. M. Popov, N.Y. Khusainova, K.L. Biktagirov, N. Y. Postaluk, N.V. Gabdreev, M. M. Garifullina, G.Sh. Gabdreeva, O.A.Khabrieva etc.

The modern history of Pedagogy Department is connecting with the name of a famous Russian scientist – Professor, academician of Russian Academy of Education Valentin I. Andreev, who headed it from 1985 till 2010. During this period, by academician V. I. Andreev was created his own scientific school, oriented on solving the problems connecting with creative self-development of competitive personality. Various aspects of that problem have been developed in studies of his pupils, L. A. Kazantseva (the questions of development and self-development of student's methodological culture), G.V.Ivshina (module and computer training); E. Y. Laptev (the improvement of students' independent work); V.P.Zeleeva (the phenomenological approach in improving quality at University education), O.I.Donetskaya (civic education and political-legal culture of the students); E.V.Asafova, E. D. Plotnikova, S. G. Dobrotvorskaya, T. V. Sibgatullina (environmental education, valeological and ethical culture of students); I. I. Golovnoi (researching "self-concept" of creative self-development of the students); E. N. Saikina (the development of a leadership qualities of a student's); N. I.Telegina (the binary approach in assessment during the teaching students) and many others.

Since 2011, the Department of education is headed by doctor of Sciences, Professor Aidar Minimansurovich Kalimullin, working on problems of improving the quality of higher pedagogical education.

The Department currently employs: 6 professors (A. M. Kalimullin, V. G. Katashev, S.G.Dobrotvorskaya, G.I.Kirillova, L.A. Kazantseva, , G.I.Ibragimov,), 6 associate professors (V. P. Zeleeeva, I. I. Golovanova, E.V.Asafova, T.V.Sibgatullina, N. V.Telegina, E.S.Maslova) and 1 senior teacher (E. G. Galimova). The Department is oriented on developmental problems of higher education, primarily creative self-development of personality of a future graduate of a University, including the teacher. The reason for that the subject-oriented approach and the introduction of interactive technologies to the training of competitive graduates of high school. The significant place in scientists' researches of Department takes up the issues of modernization of pedagogical education in conditions of classical University. These issues dedicated to traditional annual conference, organized by the Institute of psychology and education. Since 2006 "Education and self-development" scientific journal publishes entering into the list of VAK RF.

Educational activity of Department is implemented in various institutions (faculties) of the University in the disciplines of psycho-pedagogical cycle: "Pedagogy", "Psychology and pedagogy", "Management and marketing in education", "Regulatory support of development of education, personal Development and career planning", "Management of educational systems", "conflict Management", "Psychodrama", "Business ethics", "Social pedagogy", etc. in addition the Department offers the following educational programs:

The department of education has strong research connections with: