Department of Oriental languages and Cultures 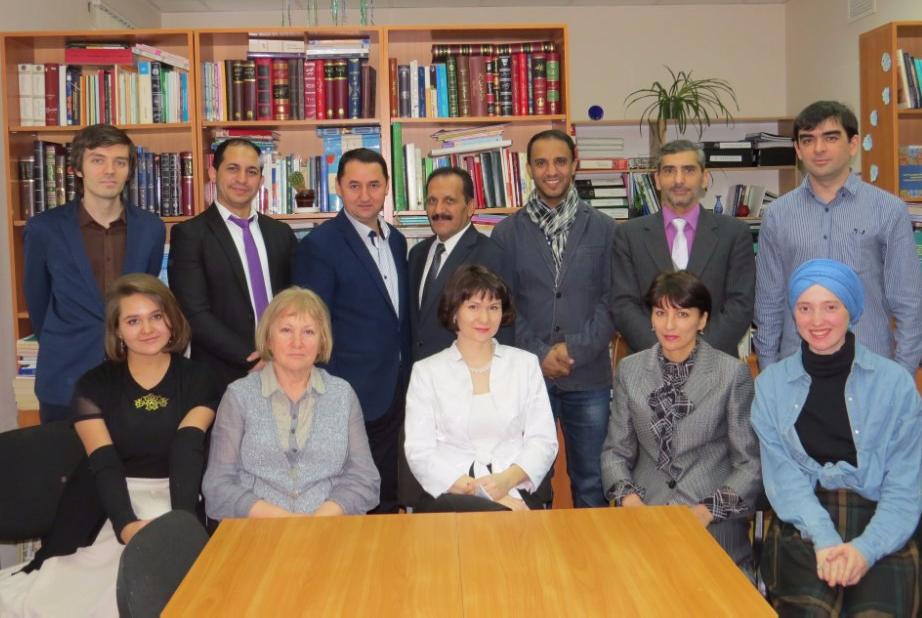 Activity of department is devoted to comprehensive research and teaching the Arabic language (both modern, and classical, and also Egyptian dialect) and the Arabic literature within the federal programs directed to studying of Oriental languages and cultures and training of specialists on east regions. Geographically Arabic language and the Arabic culture cover the most part of North Africa and the Middle East, as well as the entire Arabian Peninsula. Arabic is an official language in 22 countries of the world, and also is one of six working languages of the UN, therefore relevance of its studying in the modern world doesn't raise doubts.

Today the department trains bachelors and specialists in Arabic language and literature in the following fields:

In 2015 opening of a master's programme on the Arabic language and literature is planned at department.

The department has been studying various phenomena connected with modern and classical Arabic and Arabic literature.

Special attention is paid to research of interrelations of the Arabic and Tatar languages, as well as the study of Arabic textual manus­cripts of fund of the KFU scientific library.

The department focuses on the development of relations with foreign colleagues from oriental centres. Within such cooperation meetings of students, graduate students, teachers with scientists and politicians from the following foreign countries were organized: Arab Republic of Egypt, People's Republic of China, Islamic Republic of Iran, Republic of Korea, Saudi Arabia, Republic of Lebanon, Qatar, etc. The plenipotentiary Ambassador of the Republic of Korea in the Russian Federation, the Consul general of IRI, the cultural embassy secretary of the Arab Republic of Egypt in the Russian Federation, etc. made reports. Such communication promotes expansion of an outlook of students and helps to learn more about the country of the target language.