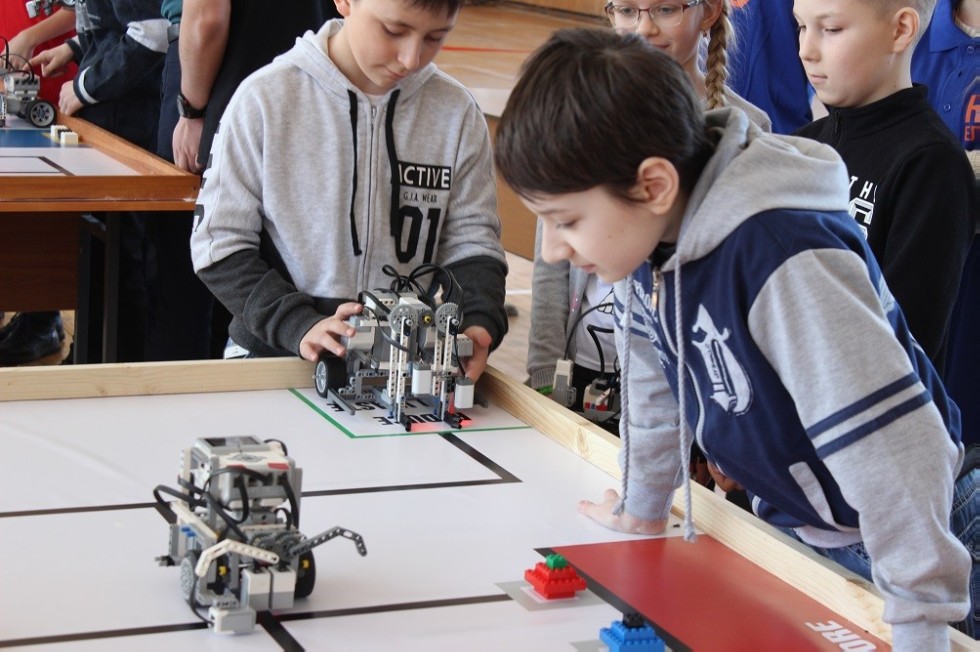 Today schoolchildren from all over Tatarstan from the age of seven to eighteen participated in the LEGO robots tournament according to the version of the World Olympiad of robots.

Since 2014, competitions are held twice a year in the university and their popularity is growing every time as the organizers note.

This time, the theme of the competition was Food. Each team-participant has exposed on one of three game fields of previously assembled and adjusted robot, which was supposed to perform within two minutes a task related to food.

The children from the younger age group had to introduce robots that could deliver the "fruit" (Lego-blocks of four colors) - to the zones of the desired color.

The robots of the older participants had to recognize the color of the "plants" and "to plant" in the correct zone.

And the robots of senior pupils were supposed to deliver "products" - LEGO-bricks of four colors - on board of the desired vessel.

For several hours, the guys had been demonstrating the agility and ingenuity of their Lego-robots. The competition ended with summing up and awarding the winners.

Source of information: Press Service of the Yelabuga Institute of KFU