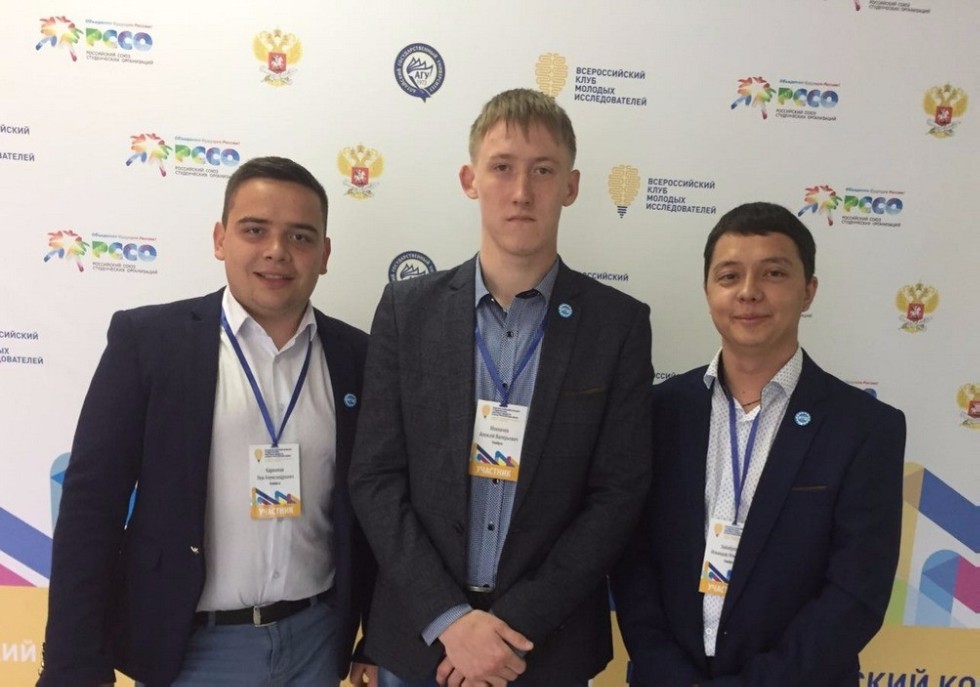 The team of SDTO "Eureka" has won the second place in the nomination "Robotics, Modelling and Electronics".

The work of the sectional areas of the final part of the III All-Russian Competition of Student Scientific Societies and Design Bureau was held in the Altai State University. Within two days, young scientists from all over Russia presented SKB and NIB business cards to their universities. More than 20 student scientific associations from Moscow, Ulan-Ude, Nizhny Novgorod, Voronezh, Rostov-on-Don, Elabuga, Irkutsk, Tomsk, Omsk, Syktyvkar, Ufa and other cities became participants of the section. Contestants demonstrated presentations of the main activities of their design bureaus, the composition of teams, innovative projects, and major achievements.

Students of the engineering and technology faculty Lev Kornilov, Alexei Mokhnachev and Iskander Khabibullin told experts about the Kazan Federal University and Elabuga Institute, as well as the project to create sports cars SKTB "Eureka"

The senior lecture Marat Mukhamadeev, the head of the training workshops, accompanied the children. In Elabuga Institute of KFU students master the profile of professional training "Transport" and are engaged in "Eureka" under the guidance of the doctor of pedagogy, Professor Linar Ahmetov.

As a result of the competitions in Barnaul, our team was awarded a diploma of the 2nd degree in the nomination "Robotics, modeling and electronics", and also a certificate for 60 000 rubles.