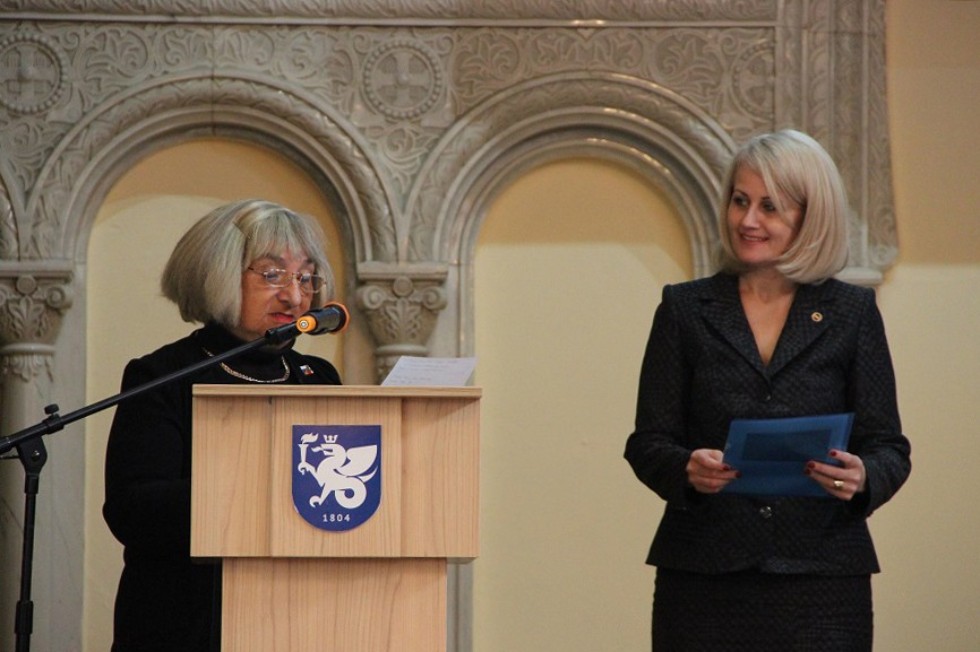 The theme of the conference was "The Russian province as a sociocultural field of formation of civil and national identity."

In days of celebration of the 119 anniversary of the Yelabuga institute of KFU and the 213 anniversary of Kazan Federal University in higher education institution started the work of the VIII International Stakheev readings. Descendants of the famous merchant dynasty of Stakheev and researchers came from different parts of the country, to touch the origins and discuss the historical, cultural, philosophical and economic aspects of development of the Russian province. More than 130 participants from over 40 cities of the Russian Federation took part in the conference, here are the scientific schools of Moscow, Kazan, Izhevsk, Yekaterinburg, Samara, Volgograd, Kirov, Irkutsk, Tobol'sk, Bryansk, Voronezh, Ufa, the Crimea, Baku.

Welcoming the participants, Director of the Elabuga Institute of Kazan Federal University Elena Merzon told about the history of its emergence. The doctor of historical sciences, professor of department of general and national history of the Yelabuga institute of KFU Inga Maslova has presented a research of the personality of the hereditary honourable citizen of Yelabuga Glafira Stakheeva. After the plenary session the participants of the conference, the grateful descendants laid flowers at the bust Glafira Stakheeva, the foundress and the honourable trustee of the Yelabuga diocesan women's school.

A highlight of the birthday celebration of the University will be a gala ball in the city Palace of culture. Guests will see a polonaise, a waltz, the imperial Pole and other dances of the past era performed by teachers and students Awards will be presented to the staff, students, who made a significant contribution to scientific, educational and social activities of Yelabuga Institute of KFU.

The second day of the VIII International Stakheev readings will be devoted to section meetings. A discussion platform of School of young scientists and graduate students "The historical science in the 21st century" and a literary drawing room of Tatyana Rolich will become an innovation of the conference.

Source of information: Press- service of the Yelabuga Institute of KFU

Фотография из материала: The VIII International Stakheev readings have opened at the Yelabuga institute of KFU