"The Intellectual leaders" of the Yelabuga Institute of KFU 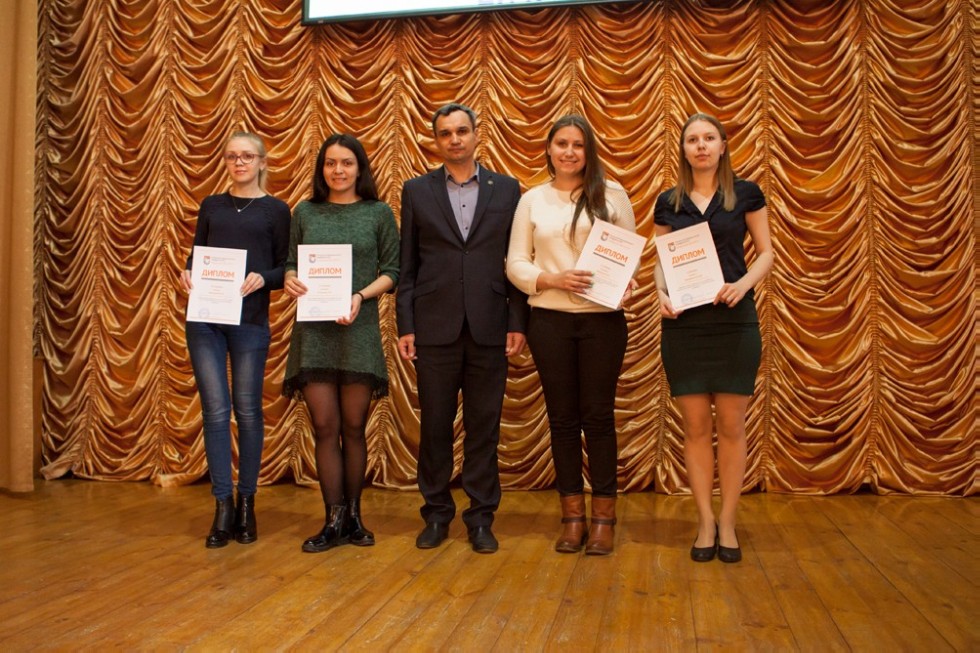 The ceremony of awarding the students of the university has taken place today, which had made the first serious steps in science.

The results of the Week of Science were summed up on the 20-th of April at the Yelabuga Institute, within the framework of which the university hosted the 49th scientific and educational conference of students. From the16-th to 19-th of April, the students of all faculties took part in thematic sections with reports on their scientific research. The conference was preceded by competitions: for the best scientific work - 5 winners and prize-winners were determined and 15 winners and prize-winners - for the best scientific student's article. All of them were solemnly presented with diplomas at the "Intellectual leader - 2018" event, which traditionally honored the "clever boys" and "clever girls” of the Yelabuga Institute of KFU.

In addition, the students who had distinguished themselves in the competitions and Olympiads of international, all-Russian and republican levels, as well as those who had shown high publication activity, were awarded with Thank Letters.