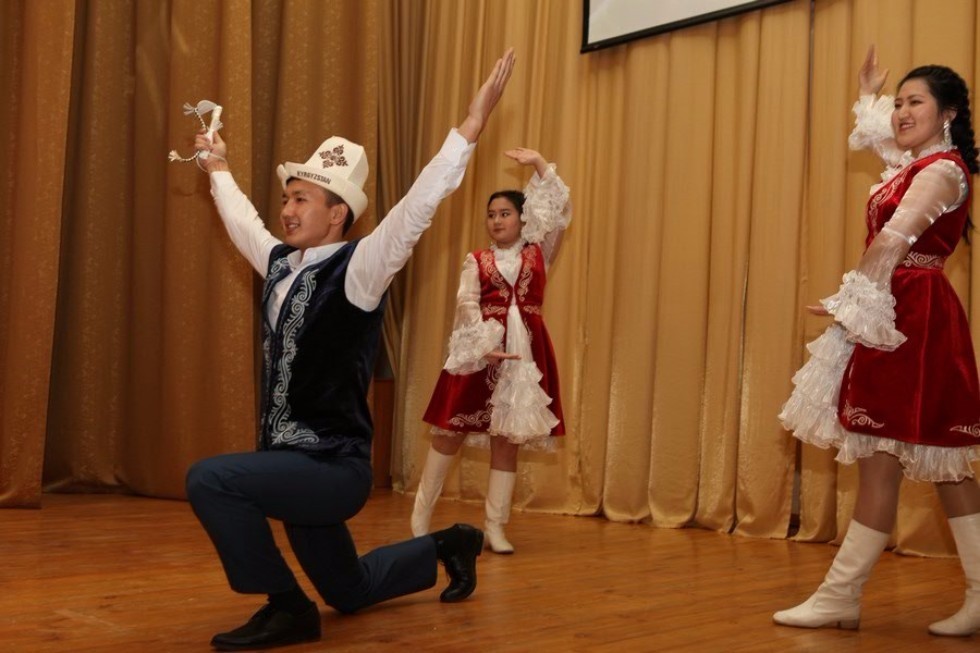 The celebration of the Day of National Unity traditionally began with a Rouse program: the students prepared national exhibitions in the foyer. Students in national costumes treated people who wanted dishes of national cuisine: there were Russian dumplings, Udmurt kokroks, Uzbek pilaf, all kinds of pies and oriental sweets: sorbet, chak-chak and rahat-lukum.

The festival called "The Man of the World" began in the assembly hall with the sounds of the anthem of the Russian Federation and the Republic of Tatarstan. The hall was full of people. About 500 students from neighboring countries and republics study at the Elabuga Institute of KFU, their number increases each year. Honorary guests were representatives of the Assembly of Peoples of Tatarstan. Speakers noted that in modern conditions it is very important to be tolerant, respect and appreciate each other regardless of nationality.

Source of information: Press service of the Elabuga Institute KFU

Ôîōîãđāôč˙ čį ėāōåđčāëā: The Festival of Peoples Friendship was held at the Elabuga Institute of KFU