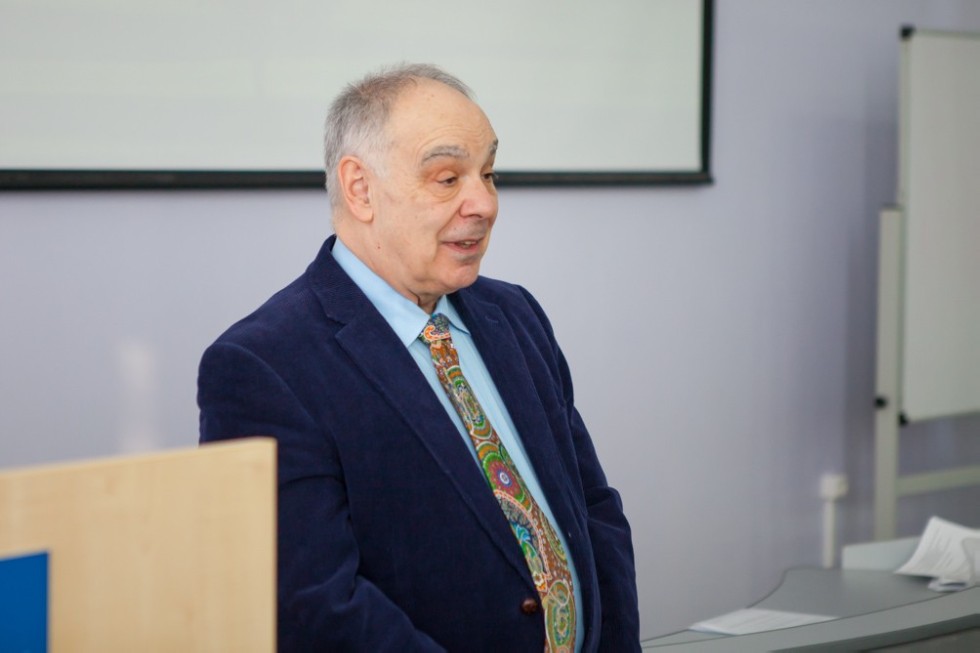 Students have learned about the oldest university of Europe and the scientific research of the Doctor of Philosophy Sothyros Andrew Musalimos connected with Russia.

The professor of the University of Oxford became the lecturer at the Yelabuga institute of KFU within the visit to Kazan Federal University. At the meeting with students, the speaker presented one of the most prestigious and oldest universities in Europe. After the virtual excursion of Oxford colleges, professor has told about the scientific interests which are connected with Russian Orthodox Church and maintaining identity of the people of Yakutia.

"These are very smart, bright young people whom it is very important what is happening in the world, who are interested to learn about their capabilities," Sothyros Andrew Musalimos shared his impressions of the audience. - We have had a successful interactive dialogue. All those who asked questions clearly expressed their thoughts, showed a high level of proficiency in English. I congratulate the students and their teachers on it. "

The prospects for cooperation between the universities, the possibility of joint projects in the scientific and other fields were discussed with the leadership of the university during the negotiations.

Source of information: Press Service of the Yelabuga Institute KFU

‘ÓÚÓ„ūŗŰŤˇ ŤÁ žŗÚŚūŤŗŽŗ: Professor from the Oxford University delivered a lecture at the Yelabuga Institute of KFU