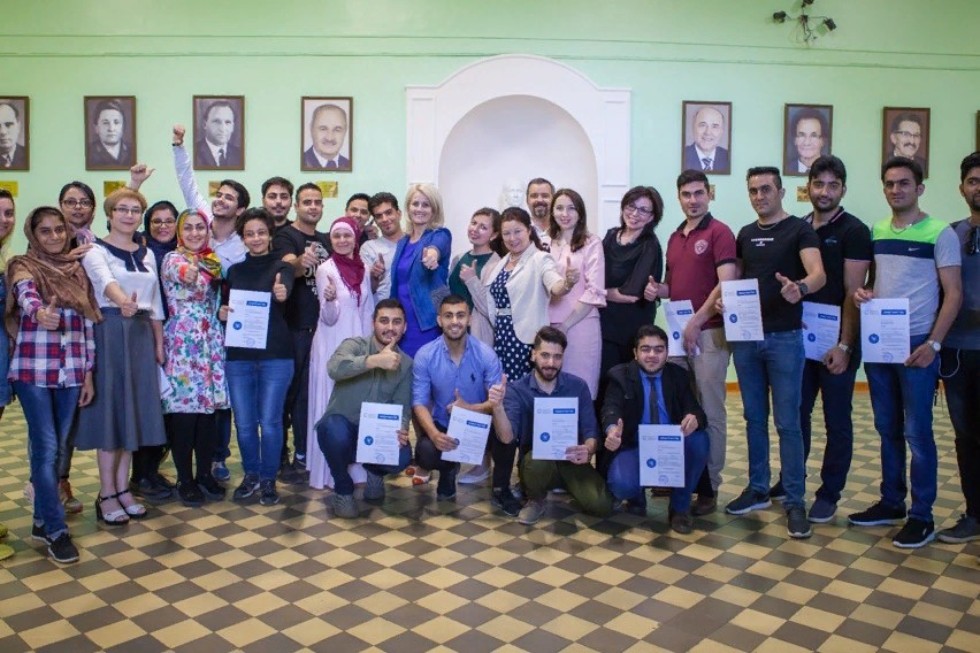 More than 30 young men and women have completed an annual course of the Russian language in order to enroll in Russian universities and receive higher education.

Students from the Islamic Republic of Iran were solemnly presented with official certificates on the passage in Elabuga Institute of an additional general education program for the preparation of foreign citizens for the development of professional educational programs in the Russian language.

The document gives the right to participate in competitive admission to study not only in KFU, but also in many other universities of Russia.

It should be noted that the majority of Iranians decided to enter medical and biological institutions of higher education. Therefore, in addition to the Russian language (1,800 hours), the educational program included the study of such subjects as biology, chemistry and physics.