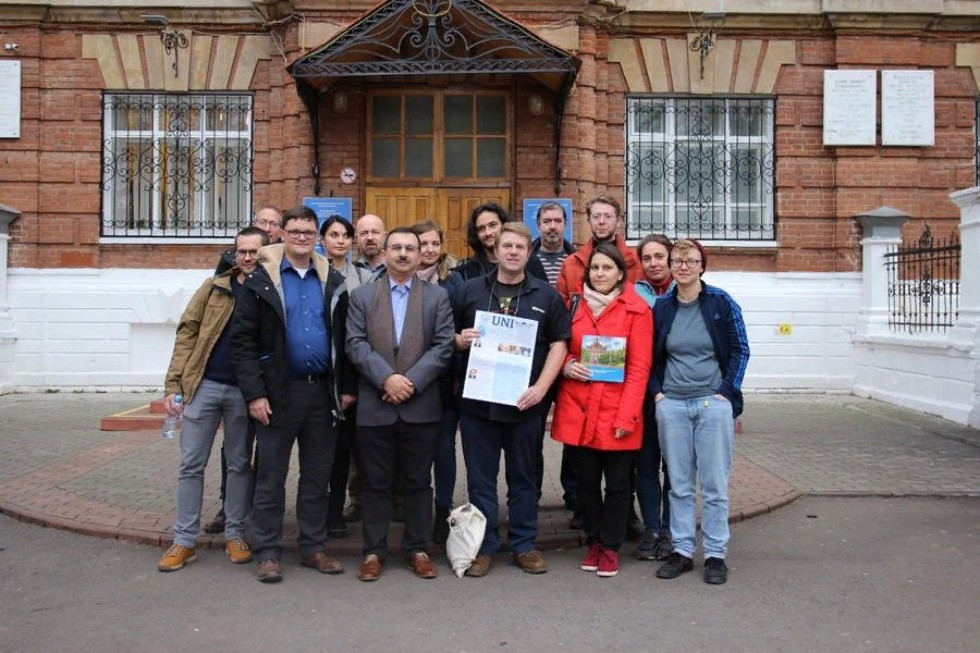 The head of the delegation was Miste Hotopp-Rike , a Turkologist, director of the Caucasus, Tatarstan, Turkestan Research Institute (IKATAT) and the coordinator of the “Behind the Tatar Tower” project. German scientists, public figures who study and popularize the history and culture of the Tatars and other Turkic peoples, perpetuating the heroism of the prisoners who continued to fight against fascism and died in Germany were among the guests of the university.

The delegation’s visit to Elabuga Institute of KFU let the guests know more about Tatarstan, its culture, traditions and educational features as part of the project “Behind the Tatar Tower”. During a tour of the old building of the university, the delegates got acquainted with the rich history of the institution that is directly related to the past of the city and the republic.

The main purpose of the delegation’s visit to the institute was to get acquainted with university and extracurricular cultural and historical education. This was made possible thanks to the work of the round table, in which, together with the guests, teachers and students of the German department of the faculty of foreign languages took part. During the meeting, the delegates learned more about the methodology of training teachers for national kindergartens and mother tongue teachers.