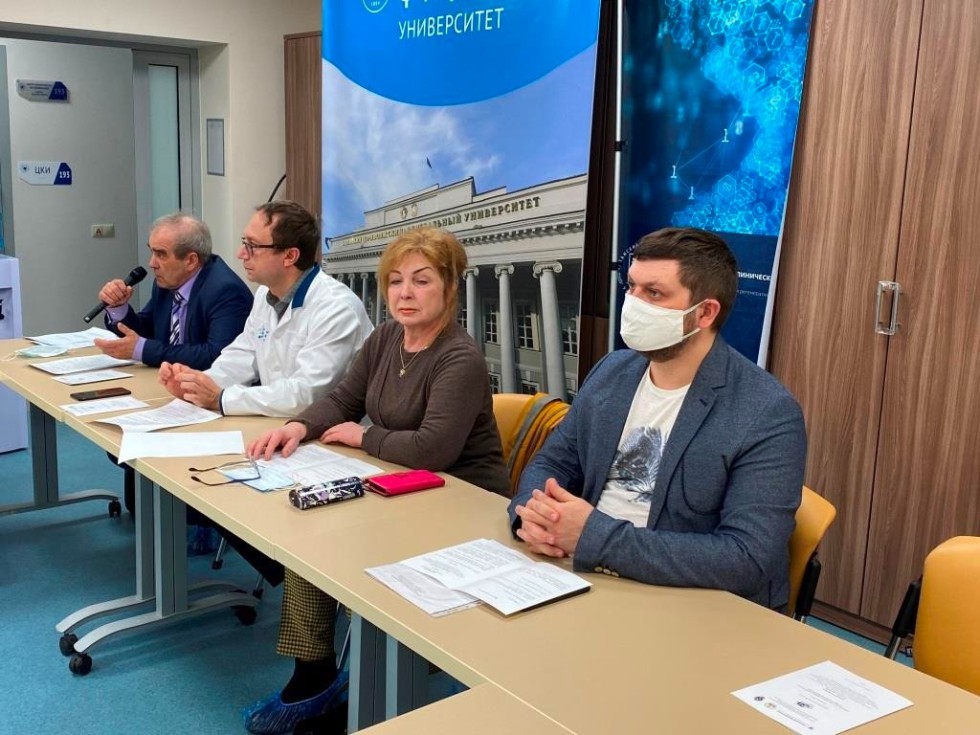 The meeting was held on March 17.

It was co-organized by the Tatarstan Academy of Sciences and the Tatarstan Branch of Peter the Great Academy of Arts and Sciences. Chair of the Department of Microbiology of KFU Olga Ilyinskaya served as the moderator.

Vice-Rector for Biomedicine Andrey Kiyasov presented his report on the fundamental aspects of COVID-19. He elaborated on the specifics of early contagiousness of the virus, spoke about prognosis and treatment strategies for various groups of patients.

Chair of the Department of Infectious Diseases of Kazan State Medical University Irina Kravchenko shared the experience of treating COVID-19, in particular, anti-cytokine measures, in Tatarstan. She said that only 7.3% of registered patients were underage (compared to 22.4% ratio of underage persons in the general population). Among the sad news, she voiced that mortality rates in the Volga Federal District increased by 22.1% y-o-y in 2020, which stands for 80 thousand excess deaths.

Chief Therapist of the Ministry of Health of Tatarstan, Chair of the Department of Hospital Therapy N 1 of Kazan State Medical University Diana Abdulganieva touched on hyper-inflammation cases in severe COVID patients. She said, “The good news is that, despite the emergence of new variants, the general infectious process doesn’t change much.”

Director of the Center for Precision and Regenerative Medicine Albert Rizvanov reported on COVID-19 immunity with regards to vaccination. After describing the specifics of humoral and cell-mediated immunity, he gave details on the existing variants, of which already over a thousand have been found. In particular, he mentioned how the first variant, the European strain, evolved from the Wuhan strain through replacing one of the amino acids of the spike protein. “This influenced the virus’s capability of human-to-human transmission. The changed protein is more capable of attaching itself to a cell receptor, which makes the virus more contagious. That’s why all the current variants in the world have this D614G mutation,” explained Rizvanov.

In the summer of 2020, even more virulent strains came to be, such the UK variant. “The British variant has 23 mutations in comparison with the Wuhan strain, of which 17 are protein-related mutations. A part of them also took place in the spike protein, which made it more flexible in contagiousness. Basically, the new strain completely misplaced the ancestor strain in the UK,” the scientist said. As of now, the British strain is hypothesized to be up to 50 percent more lethal than its ancestors.

The roundtable ended in a fruitful exchange of opinions and ideas.