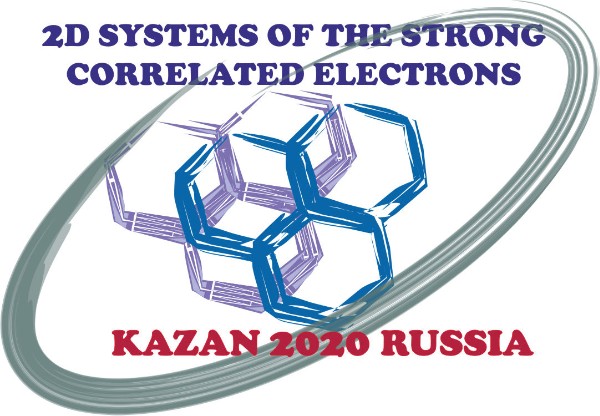 New quantum materials include, first of all, oxide compounds, in which, due to structural features, strong electron correlations arise between themselves and/or between charge, spin, and lattice degrees of freedom. As a result, highly correlated materials have the very unusual electrical and magnetic properties, which make them highly promising for new systems of production, storage and transmission of energy, quantum, microwave, and optical electronics, spintronics and quantum informatics. Within the framework of the planned conference, a discussion of a wide range of problems in this area is expected. For example, there are great difficulties in purposeful synthesis of such compounds as compared with metals and traditional semiconductors. To work out the synthesis technology, it is necessary to develop new methods for measuring the physical and functional properties of strongly correlated materials. Absence of universal theoretical methods of des­cription of highly correlated systems makes construction of new theoretical models and their approbation on the model compounds extremely important and scientifically significant. Elucidation of a role and influence of strong correlations on the functional properties and consumer parameters of highly correlated materials will allow developing methods for controlling their physical properties, predicting problem-oriented ways of their modification, and optimizing approaches of embedding heavily correlated materials in modern technologies for manufacturing electronics components.

The development of the quantum technologies is impossible without a deep and comprehensive study of quantum phenomena at mesoscopic scales (quantum dots, qubits, etc.); such studies are in the most advanced field of modern condensed matter physics. Today, there is a lively competition between the various approaches in these studies (the superconducting qubit, the semiconductor quantum dots, ...). The two-dimensional system of surface electrons (PE) has the unique properties at the mesoscopic scales and can bring new ideas and new technologies to this area. Within the framework of the planned conference at special sessions, it is planned to discuss questions of the development of mesoscopic electronic devices based on the unique pure two-dimensional electron systems - the electrons localized on a surface of liquid helium, and graphene. These systems are examples of pure and well-defined mesoscopic electronic systems, and structures obtained on their basis have sizes fr om nano- to microscale. Electronic states on the surface of liquid helium provide the unique system for the study of the classical and quantum mechanical phenomena, and also in a region of intersections of these two modes. Among all the particles that make up ordinary matter, the electron has the most pronounced quantum properties. Since the electron has the negative electric charge, the laws of electrostatics make it impossible to create the three-dimensional (3D) structure of electrons. However, use of the liquid helium surface will allow creation of the two-dimensional (2D) electronic structure. After the creation of the 2D system, in principle, it is very simple to localize electrons to thee one-dimensional (1D) and, even, to the point (0D) system using the system of electrodes of a certain geometry. The unique purity of the electron system localized above the helium surface makes it the ideal model for studying the quantum dynamics of strongly correlated electron systems. Within the framework of the conference, the problems of creating the microelectronic device that allows obtaining the bound state of the single electron with resonant radiation in the range of micro- and millimeter wavelengths will be discussed. As a result, one can hope for the creation of the technology for controlling the states of the single electron in a cavity (the micro- and millimeter wavelengths) for studying the so-called cavity quantum electrodynamics (cavity QED). At the same time, another kind of resonators - the graphene resonators - is the rapidly developing field in the modern physics. The interesting problem in this area is determination of quantum limits of a reading of data by the optomechanical methods in the graphene resonator. Due to a small mass of graphene, the lim it that can be reached by any nanomechanical system (NMS), and also due to a large value of an elastic modulus of graphene, this material is a very interesting object in order to increase sensitivity of the resonator.