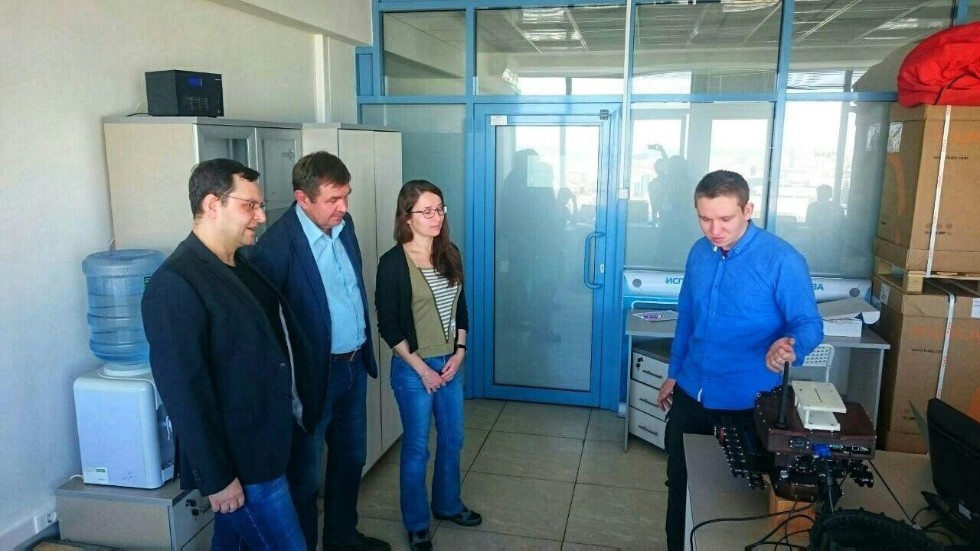 The Laboratory of Intelligent Robotic Systems (LIRS) was visited by Sergey Sorokin from Chuvash State University and Anna Dacheva from Moscow State Technological University “STANKIN”, who is also Deputy Director for Development at Top Systems*.

Ramil Safin, LIRS Research Assistant, spoke about the recent development of LIRS - software based on the Robotic Operating System ROS, with which the Russian robot Servosila Engineer studies the area around it using a Hokuyo laser rangefinder. In real time, the robot transfers all the collected data to the operator's computer. Then, based on the updated map, the robot independently builds a route to the goal selected by the operator. The robot takes into account its size and new obstacles that it detects while moving. If necessary, the robot automatically rearranges its route. After completing the route planning phase, the robot converts the prepared route into commands for its motors using software developed in the laboratory. Read more here.

The meeting took place in a friendly atmosphere, during which possible areas of cooperation were discussed.

* Top Systems is one of the leading Russian developers of design automation systems.