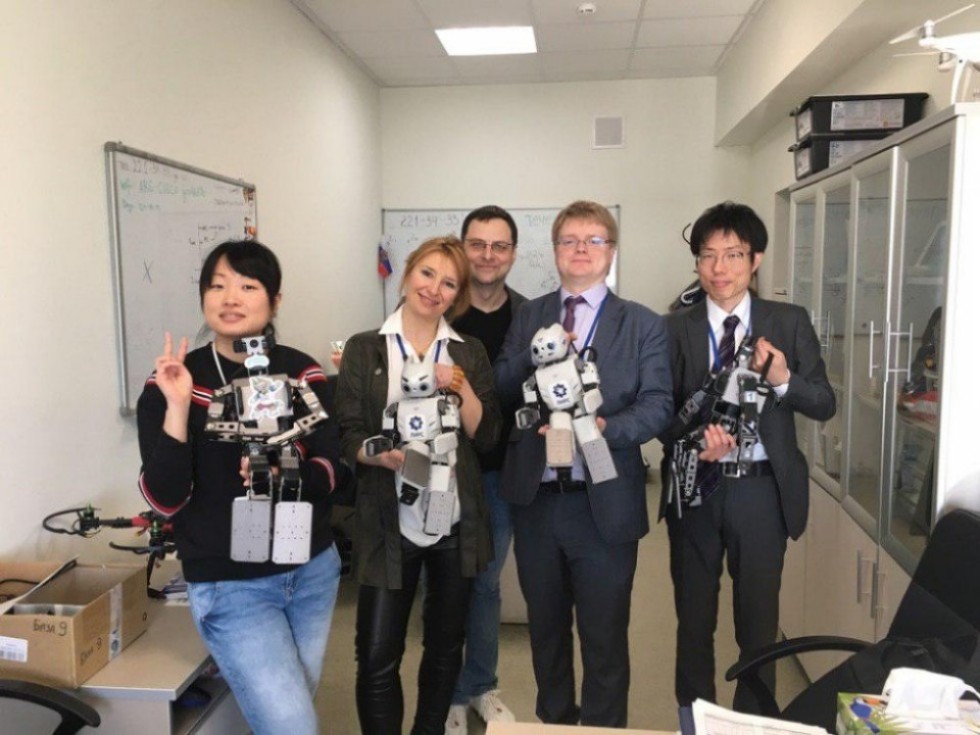 On 7th March in Kazan Federal University (KFU) was held the Kazan forum “Education in Japan”. Aim of the forum was to attract attention of students and post-degree students of Kazan universities to the opportunities of education in Japan. Forum gives a possibility to learn the details of science program provided by Japanese universities, scholarships, tuition, everyday life in Japan, features, opportunities of student life in Japan and prospects after studies. The organizers of the event were KFU and the University of Tsukuba. The last one was founded in October 1973; now it is one of the leading comprehensive research universities in Japan. It includes 28 colleges and school departments and 15930 students. The main campus of Tsukuba occupies an area of 258 ha (hectares); that makes it the second campus in size in Japan.
Within the event assistant professors of Tsukuba University Sei Matsushita, Elena Tsygalnitskaya and assistant professor of Moscow City University (MCU), coordinator of regional representation in Russia and Commonwealth of Independent States (CIS countries) of Study in Japan Global Network Project Grigory Misochko visited LIRS. A Head of the laboratory Evgeni Magid and an research associate Tatyana Tsoy were graduated from the University of Tsukuba. They gave a tour around the laboratory, showed guests the modern equipment of LIRS and told about studies on robotics, including Intelligent Robotics master's program. Moreover, LIRS staff presented their current projects and demonstrated their achievements in the fields of mobile robots' intelligent navigation. Guests liked and evaluated laboratory's working process.