Students of Laboratory of intelligent robotic systems won in the competition for grant of the President of the Russian Federation
Main page \ Academic Units \ Physics, Mathematics and IT \ Institute of Information Technology and Intelligent Systems \ Research \ Laboratory of Intelligent Robotic Systems \ News 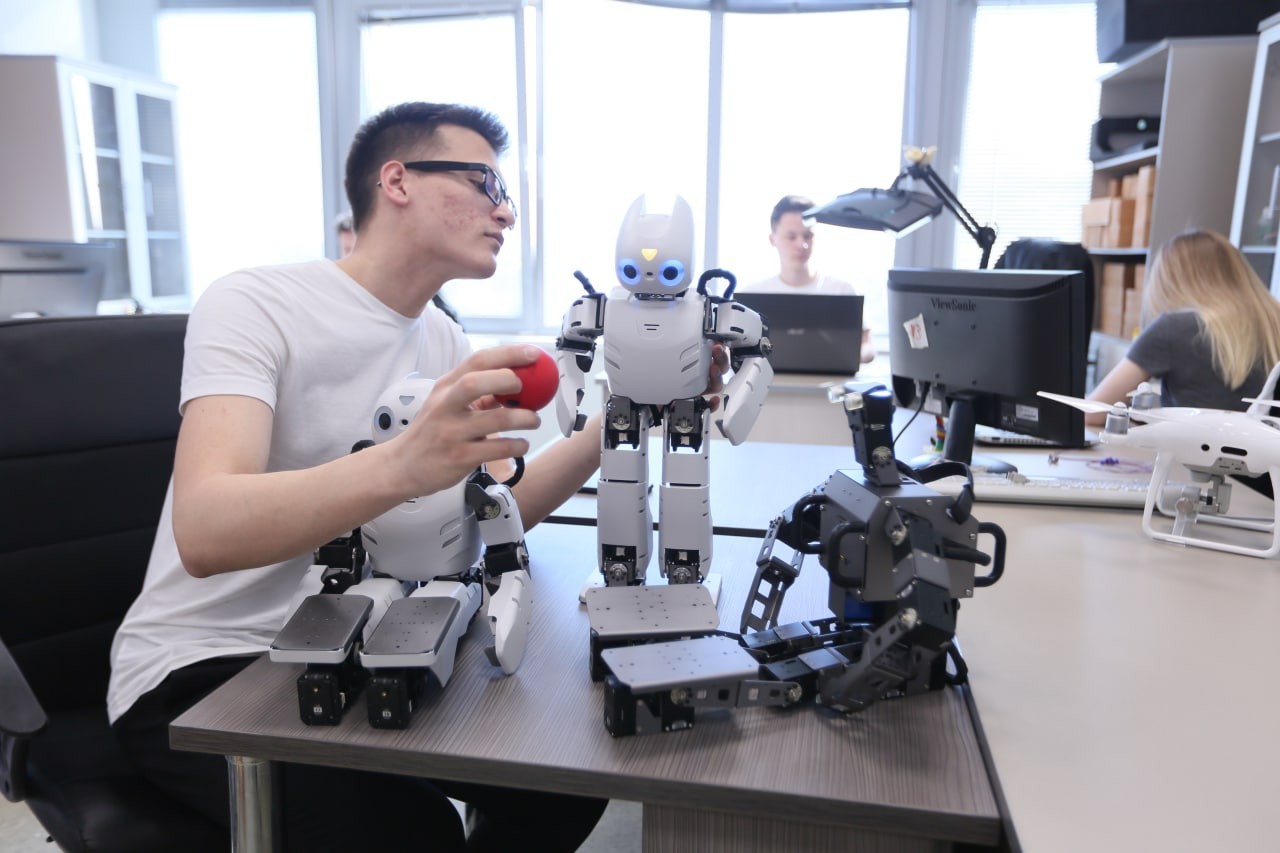 On March 03, 2021, additional results of the competition for grants from the President of the Russian Federation in the 2020/2021 academic year were announced. Earlier 8 winners of the competition were already named, and later 5 more winners were announced among the first-year undergraduates at Kazan Federal University. Students of the Laboratory of Intelligent and Robotic Systems of the Institute of Information Technology and Intelligent Systems (ITIS) of KFU Bulat Abbyasov and Eldar Mingachev, who are studying on the master's program "Intelligent Robotics", are also among the top five winners. Students are engaged in scientific activities and are the authors of several scientific articles on robotics, one of which was presented at the international scientific conference ICRA (No. 1 in the ranking of conferences on robotics).

The main criteria for selecting the winners were the possession of academic success, outstanding intellectual abilities and high achievements in a particular field of activity.

We congratulate Bulat and Eldar and wish them further success!

įŅ“ŅŃ­Ó¶Ķ  Ķń ņÓ“Õ­ĶÓļÓ: Students of Laboratory of intelligent robotic systems won in the competition for grant of the President of the Russian Federation