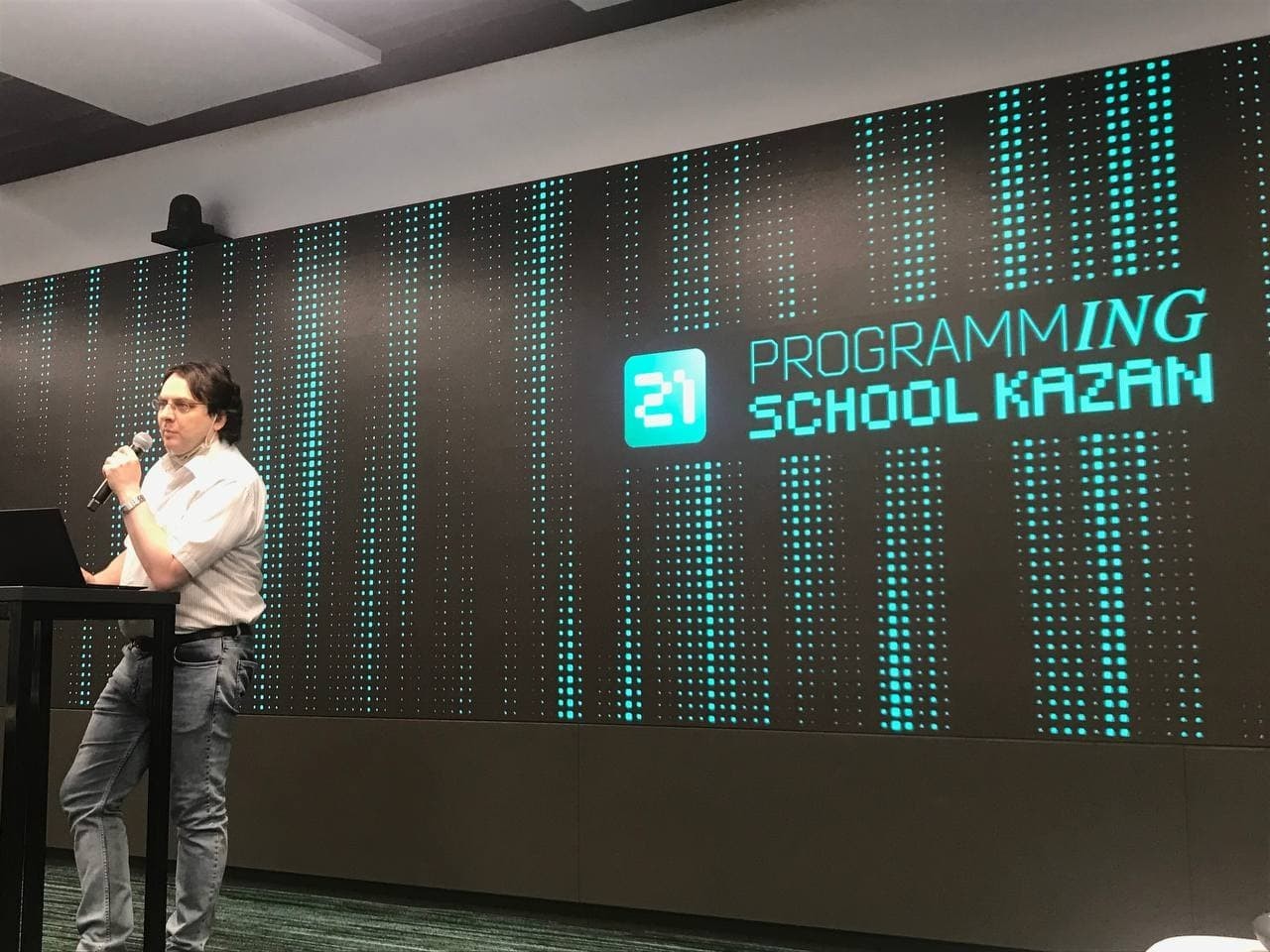 On June 10, 2021 a Head of the Laboratory of intelligent robotic systems (LIRS) of the Institute of Information Technology and Intelligent Systems (ITIS) (KFU) Professor Evgeni Magid gave a lecture at the event dedicated to the opening of a new robotics laboratory at the Sberbank-based educational programming school called “School 21”. The lecture was devoted to the basic concepts of robotics, mobile robotics, its problems and key approaches in the navigation of autonomous mobile robots. Professor Magid spoke about the projects of the LIRS and about the master's program "Intelligent Robotics", the further development of which was supported for the second time by the Vladimir Potanin Foundation.

Alexey Burkov, a Chief Engineer of the Sberbank Robotics Laboratory, also delivered a lecture at the event. He spoke about the development of bank-based robots and their purpose. A Head of the Kazan branch office of "School 21" Ayrat Khasyanov also gave an opening speech.

Professor Magid told us in details about his impression of visiting “School 21”:

“This is a very interesting charity project of Sberbank, which allows people to change their specialty radically and try themselves in IT. The school is superbly equipped, the students have clear goals and motivation to study, and I am sure that with such a wonderful and hardworking leader as Airat Khasyanov, it will not only become the best School of the 21st century in Russia, but also will be a serious competitor to its foreign colleagues. I will closely monitor the development of Kazan school and recommend it to anyone, who would like to try their hand at IT. It was also informative to hear about the projects implemented by Alexey Burkov's group in Sberbank. For myself, I noted that all the projects shown to them are somehow tied to the knowledge and technologies that we teach our bachelor's and master's degrees students in LIRS: technical vision, route planning algorithms and the robotic operating system (ROS)”.

Ôîňîăđŕôč˙ čç ěŕňĺđčŕëŕ: Professor Evgeni Magid delivered a lecture at the opening of a new robotics laboratory at School 21