LIRS participated in the 16th International Conference on Informatics in Control, Automation and Robotcs (ICINCO 2019) in Prague 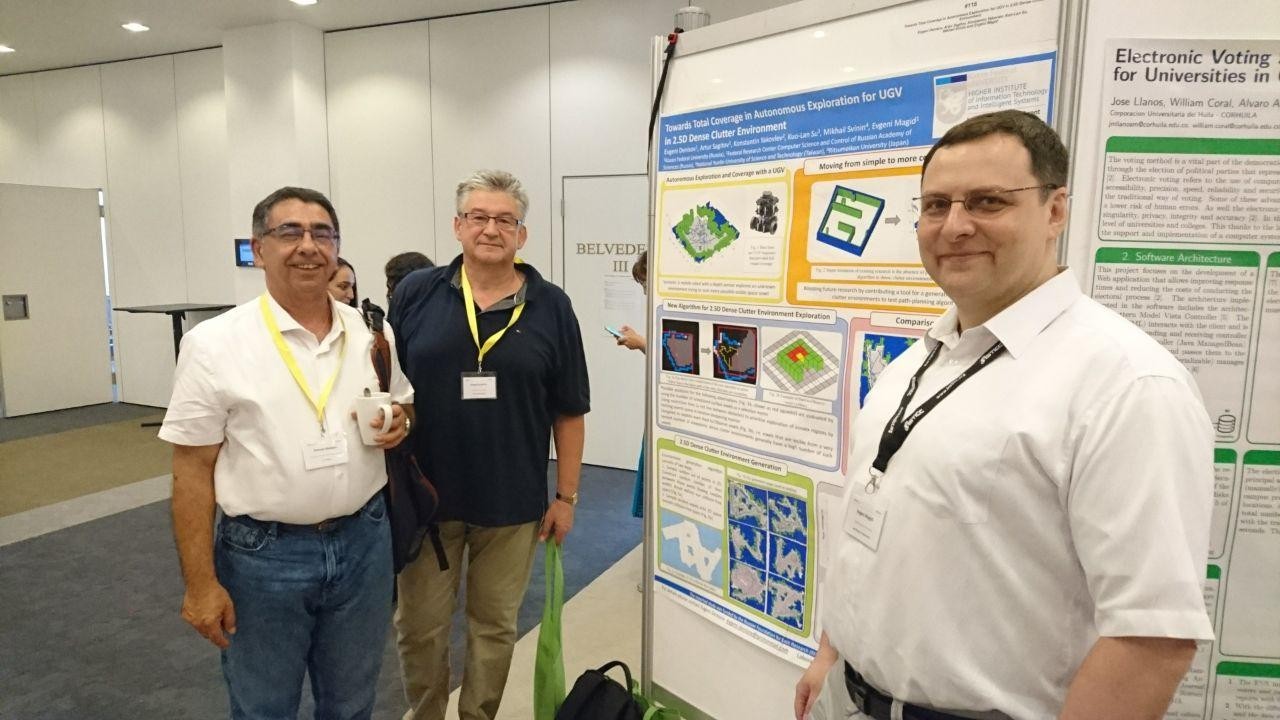 On 29-31 July the 16th International Conference on Informatics in Control, Automation and Robotcs (ICINCO 2019) was held in collaboration with the 8th International Conference on Simulation and Modeling Methodologies, Technologies and Applications (SIMULTECH 2019) in Prague.
The aim of conference is a uniŗÝŮŰŚÝýÚ of scientists, engineers and applied specialists, who are involved in informatics in control application, automation and robotics. The event was held in four main tracks, such as intelligent control systems and optimization; robotics and automation; signal processing, sensors, system simulation and controlling; industrial informatics.
Professor of the Higher Institute of Information Technologies and Intelligent Systems Evgeni Magid presented the papers. The topics are:

Moreover, Evgeni Magid held several working meetings with participants from Belgium, Spain, Kazakhstan, Canada, Columbia, USA and France. As a result of meetings was reached a number of preliminary agreements on joint research, the preparation of international research applications to various foundations and the promotion of the idea of international student exchange at the level of robotic laboratories at universities.
Let us recall that Professor Evgeni Magid was awarded the certificate of honor of the 13th International Conference ICINCO-2016 as a finalist in the nomination "Award for the best article" and got a grateful letter on behalf of the organizers of the 14th International Conference ICINCO-2017 for his great personal contribution.