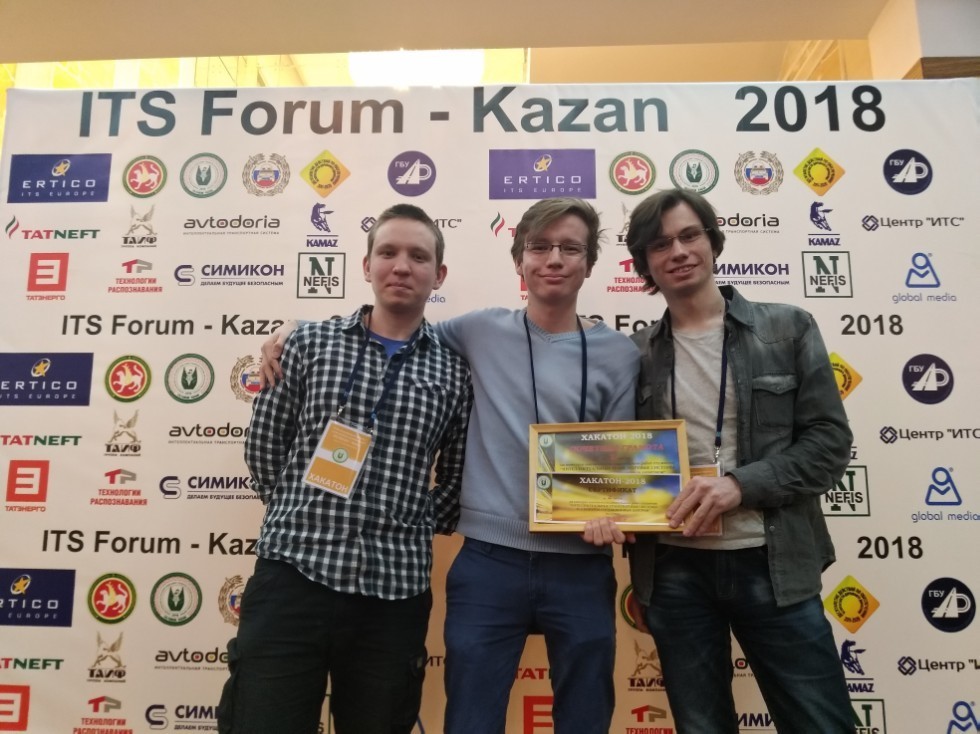 Within the framework of the V International Scientific and Practical Conference - ITS Forum - Kazan "Modern Problems of Life Safety: Intelligent Transport Systems and Situational Centers" on the basis of the Higher Institute of ITIS KFU, a Hackathon was held, which brought together the most interesting projects on the topic " transport systems and situational centers ". The event took place in the coworking space of the KFU concert hal "UNICS", where young scientists and students aged 18 to 35, in teams of 4-6 people, developed their projects in a short time. 17 teams registered to participate, of which only 10 reached the final.

The results of the competition were announced today, February 28, at the Korston State Television and Radio Broadcasting Company, where the award ceremony took place. A team of students of the Higher Institute of ITIS KFU, consisting of the students of the Laboratory of Intelligent Robotic Systems, the Machine cognition Laboratory and the Master's program "Intelligent Robotics" Aufar Zakiev, Yuri Gerasimov, Ramil Safin and Konstantin Menshenin, took the second place.

The jury evaluated the projects according to the following 6 criteria: technological complexity of the project, degree of elaboration, quality of presentation, relevance, originality, business model. The captain of the team that took 2nd place, Aufar Zakiev, told about the project of the robotics team and the event:

“At this hackathon, we implemented a project on swarm robotics: our task was to organize the movement of a group of robots in formation one after another, forming a convoy. In such a formation, there is a robot leader who navigates to the target, and the rest of the robots only follow the leading participants in the formation. Such a system makes it possible to equip the leader robot with sensors as much as possible, while the follower robots can be equipped with a minimum set of sensors for detecting and following a robot in front. In our project, we used webcams and tennis balls attached to robots as such sensors as tags. The cameras had a resolution of 640 by 480 pixels and did not have autofocus, which increased the complexity of the task at hand. The robots first detected the marker, then began to follow it, performing maneuvers to keep it in the center of the frame. Also, these same markers made it possible to determine the distance to the predecessor robot, which helped the robots maintain formation and avoid collisions. Overall the event was well organized."

Early in October 2017, students of the Laboratory of Intelligent Robotic Systems Aufar Zakiev and Yuri Gerasimov, who is studying for a master's degree in Intelligent Robotics, took the 4th prize in the Hackathon "Intelligent Transport Systems and Urban Mobility of People", where they presented the project "No Crash Hack".