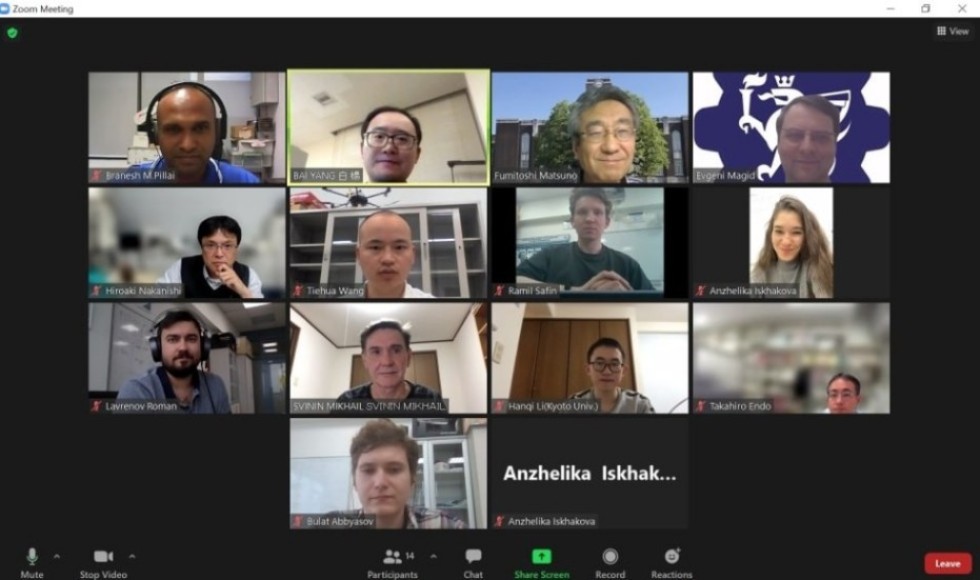 On November 8, 2021, the leaders and members of the Russian, Japanese and Thai teams of the international project «Informational system for management of flood and land slide disaster areas using a distributed heterogeneous robotic team» held an online workshop as part of a series of periodic online meetings that three months. During the previous meeting, held on September 13, the collaborators presented the results of their scientific research over the past three months, discussed the current intermediate results of the project and exchanged ideas for its further development.

Three countries are taking part in the international project: Russia, Thailand and Japan. Head of the Laboratory of Intelligent Robotic Systems (LIRS) of the Institute of Information Technology and Intelligent Systems (ITIS), Professor Evgeni Magid is the leader of the Russian national team, as well as the CEO of the entire trilateral project covering four universities.

During the online meeting, Evgeni Arkadievich and Assistant Professor of the Department of Intelligent Robotics Roman Lavrenov made reports on the water and «Engineer» robot (by Russian company Servosila) simulations developed by LIRS in Gazebo. The meeting was also attended by Research Assistant Ramil Safin and Research Assistants Bulat Abbyasov and  Anzhelika Iskhakova. In turn, the professors of the Japanese and Thai teams presented their own developments in recent years on unmanned aerial vehicles (UAVs) and unmanned ground vehicles (UGVs). Collaborators discussed further cooperation in the framework of joint sections at international conferences.

The teams of the three countries of the project are actively involved in the preparation of the 5th International Symposium on Swarm Behavior and Bioinspired Robotics SWARM, which will be held on January 25-27, 2022 in Beppu, Japan, in a mixed format. Professor Magid will speak at the symposium as an invited speaker with a presentation on  «e-ASIA Joint Research Program: Recent progress in development of an international collaborative informational system for emergency situations management of flood and land slide disaster areas». The abstract of the report in English can be found here.

‘ÓÚÓ„ūŗŰŤˇ ŤÁ žŗÚŚūŤŗŽŗ: Employees of the Laboratory of Intelligent Robotic Systems took part in an online meeting within the framework of the international project