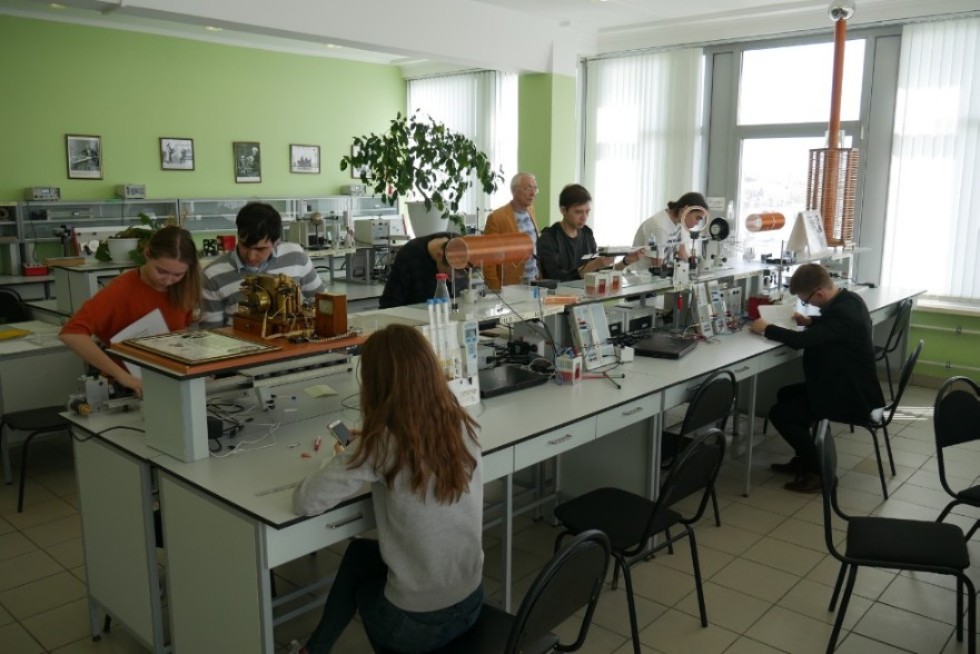 Recommendations on registration of reports on laboratory works of physical practice

Regulations for conducting a physical practice

At the Department of General Physics they are completely re-equipped with modern equipment by the Leybold Didactic (LD) GmbH (Germany) laboratories of the Mechanics Laboratory, Molecular Physics and Thermodynamics, Electricity and Magnetism, Optics using computer technology to conduct an automated physical experiment. The presented modern physics laboratory workshop was built taking into account the main tendencies in the development of modern high school physical experiment in Russia, based on the activity and problem approaches.

Practice LD has the functional advantages of multitasking by combining blocks as a "designer", and is provided with a unique methodical support, developed by teachers and employees of the Department of General Physics.

The equipment is located on the 6th and 7th floors in the building of the Institute of Physics (16A Kremlyovskaya st.).

Here there is a general physical training (GPP) at the rate of "General Physics":

- students from 1 to 3 courses of the day department of the Institute of Physics of KFU;

- teachers of physics within the framework of the upgrading courses of the Privolzhsky Interregional Center for Advanced Studies and Professional Retraining of the Education Workers of the Kazan (Privolzhsky) Federal University. 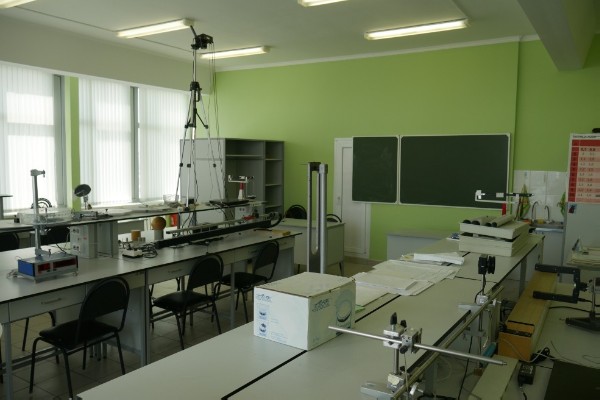 On the basis of the laboratories of the physical practical work of the Department of General Physics, students from leading European universities, who have been cooperating for many years with the Institute of Physics of KFU, have been trained. Students of the oldest universities in Europe - Trinity College (Ireland) and Innsbruck University (Austria) get acquainted with the features and advantages of the Kazan physical school due to the active academic cooperation of our universities. The students are trained on the non-profit exchange program for students and teachers ERASMUS + (the program of the included training), which provides an opportunity for students of European universities to come to the Kazan Federal University for a physical training (see the 2015 report, 2016 report). In January 2017, 8 master-physicists of Kazan University visited the classrooms of Trinity College in lecture classes.

The experience of creating the workshop was used by the universities of St. Petersburg, Saransk, Barnaul, Naberezhnye Chelny.

Within the framework of various programs of interaction between universities, the workshop was attended by students from Austria, Thailand, and a number of Russian cities.

The physical practice of the Department of General Physics of KFU is used for:

Principles of the layout of the workshop: