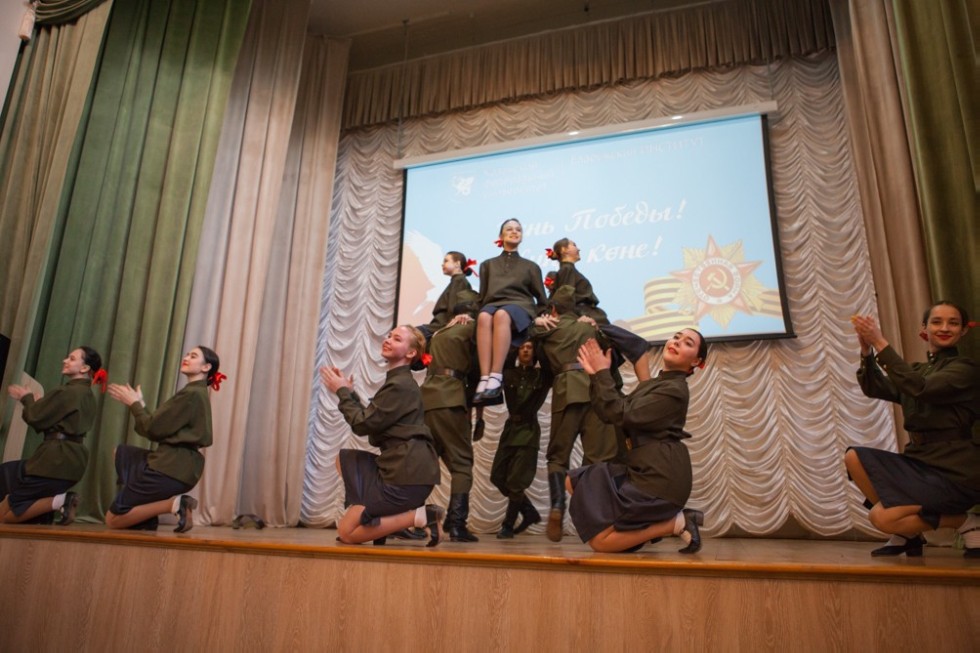 Students and schoolchildren prepared a solemn program "History of Fates" for veterans of the Labor Front and children of the war.

On the university square, to the sound of songs of the war years, volunteer students greeted the honored guests of the holiday - veterans who had devoted a long time to work at the institute. The first gift for them was a special issue of the newspaper «Uniâåņōč», dedicated to May 9th.

In 1941, five teachers of the institute went to the front. During the war, the building of the university housed several educational institutions: the Elabuga Pedagogical School, the Elabuga State Teachers' Institute and two evacuated universities - Leningrad and Voronezh, employees of the branch of the USSR Academy of Sciences headed by Academician V.A. Ambartsumyan. In the post-war years, 40 participants of the Great Patriotic War worked at the university. In their memory, the rally participants laid red carnations at the memorial plaques.

On the stage of the assembly hall, the festive program was continued by the concert "History of Fates". Welcoming the veterans, guests, teachers and students, the Director of the Elabuga Institute Elena Merzon congratulated everyone on the upcoming holidays.

In the announced Minute of Silence, standing up, teachers, students and schoolchildren raised up the standards with portraits of their grandfathers and great-grandfathers, participants in the war - the Immortal Regiment.