The students of Yelabuga Institute KFU celebrated Tatyana's day as a large-scale holiday. 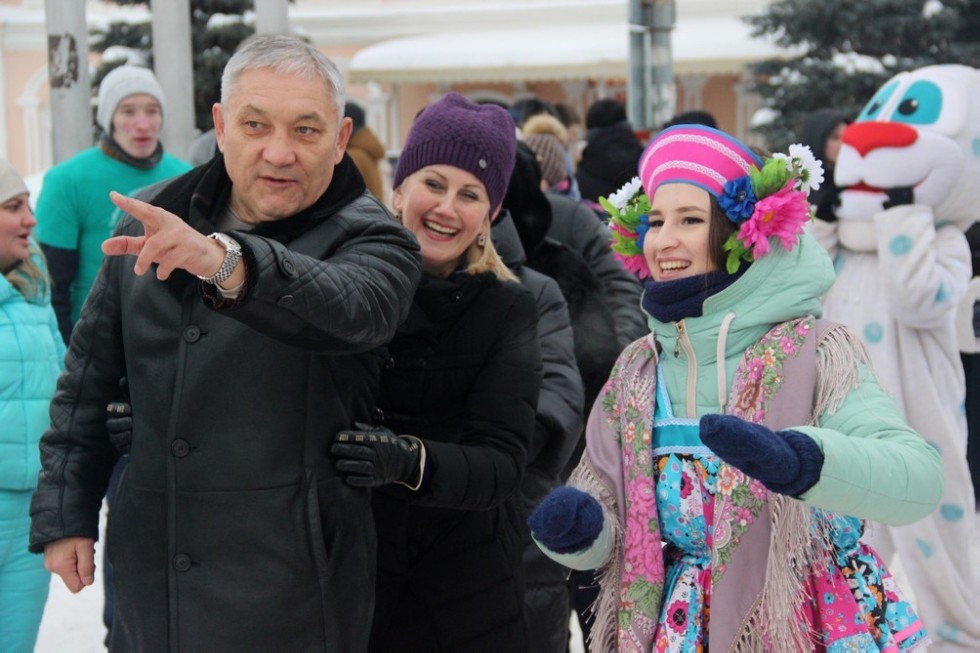 For the first time, the Day of Russian Students united all the educational institutions of Yelabuga.

The merry buffoons invited everyone to take part in folk games and modern amusements on the main square of the town. Even the directors of the five educational institutions represented on the square, joined in the sports games, having stood on the "giant skis". Meanwhile, the students were riding on sleigh ice caps, fervently competed in tug-of-war, running in the sacks, arranging races in "caterpillars" and riding on inflatable sausages.

The solemn part took place on the stage. The heroes of the holiday were greeted by the leaders of the town, universities and colleges.

"Dear friends! I love you very much, I like the Yelabuga Institute of KFU and am immensely proud that I once became its student, then - a graduate, and now I serve for my native university, “the director Elena Merzon admitted.

The holiday continued with a dance flash mob. Tatyana's Day is a holiday, symbolically completing the first academic term. Holidays begin after busy students’ life, lectures, credit-tests and exams, when you can gain strength and energy for new discoveries, achievements and victories.

Source of information: Press Service of the Yelabuga Institute KFU