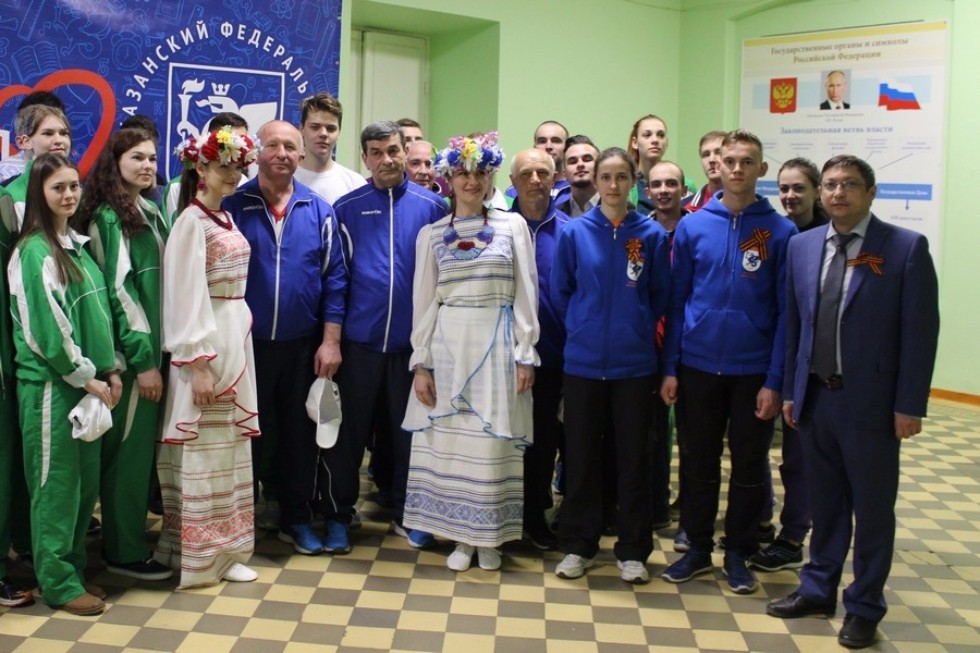 Athletics student's run to the places of military glory - the tradition of Soviet times - was revived 14 years ago by BNTU and Kalashnikov Izhevsk State Technical University. It is the 5th year already the team of the Elabuga Institute of KFU joins the run.

The head of Theory and Methods of Physical Education and Life Safety Department Victoria Martynova is a permanent participant of the movement.

"This year I will participate in the race together with the Belarusians for the 5th time. This event has a great meaning but for me it is especially significant, "says Victoria Alexandrovna. - For many years our family could not find the burial place of the grandfather who died in Belarus. Thanks to the Belarusian university administration joined the archival work, it is finally found. Last year participating in the run Izhevsk-Minsk at the finishing point I was able to visit the grave of my grandfather and honor his memory. It's very precious for me and my family. "

Participants of the run together with Victoria Aleksandrovna will be student-athletes Dmitry Pankov and Regina Schepova. The young people admitted that it was a great honor for them.

The International student athletics run started on May,5 in Minsk. Having passed Moscow, Nizhny Novgorod and Cheboksary, the Belarusians arrived at the Elabuga Institute of KFU. The revered guests were honored at the university square. the session in memory of war veteran-teachers, research teams of the evacuated Voronezh and Leningrad universities, for which our alma mater became the second house, ended with the laying of flowers to the memorial boards.

In the assembly hall delegates became spectators of the theatrical performance "They Killed Memory" which could not leave guests indifferent. The scriptwriters, directors and actors were students.

The head of the International run, the first vice-rector of BNTU Georgy Vershina spoke about the movement peculiarities: "Victory Day is sacred for us: both for Russia and for Belarus. These three days, for which we are on our way visiting memorable places of bloody battles, were difficult for us. It is hard to imagine how soldiers walked on foot from Moscow to Berlin, crawled on their stomachs, in cold, hunger - for the sake of peace on earth, for us. This is our joint victory, our common history, our future. We are glad that we have co-thinkers in the union state. "

Next year more participants will be involved in the International run including Kazan students. At this time the finish line is going to be Izhevsk and a year later - Brest.

Source of information: Nadezhda Khamidullina, Press Service of the Elabuga Institute of KFU

Ôîňîăđŕôč˙ čç ěŕňĺđčŕëŕ: Students of the Elabuga Institute of KFU take part in the International Run dedicated to the Victory Day