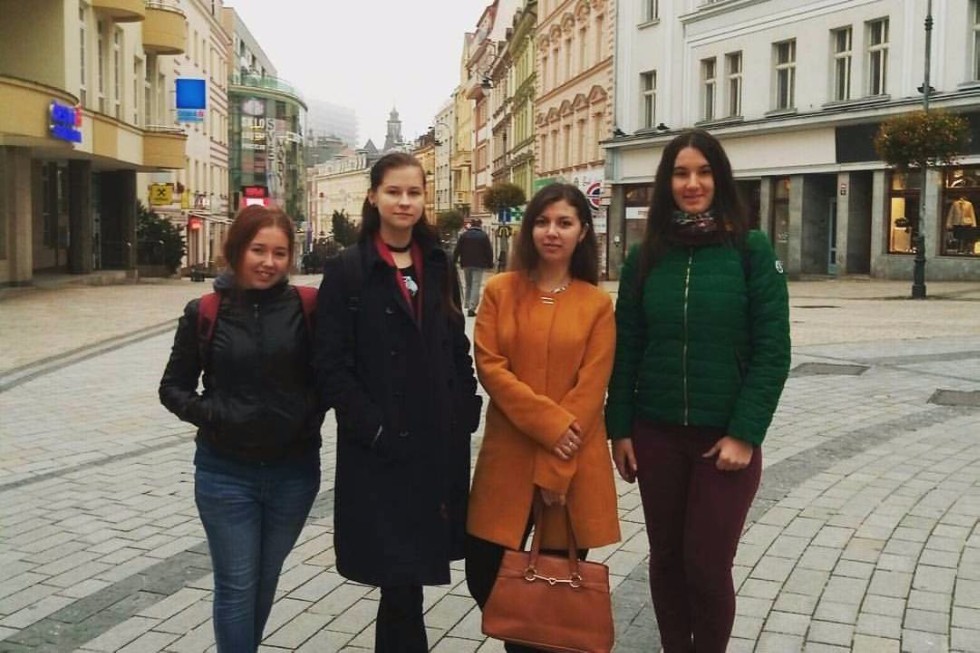 Selection of students of Elabuga institute of KFU on monthly training at the West Czech university was made on the basis of motivational letters. In September three our students of faculty of philology and history – Lilia Ramazanova, Yulia Sapogova, Ayzilya Gilmugayanova have gone for the training within the agreement concluded between higher educational institutions . During a month they will be trained on specially prepared program, studying linguistics, including – features of the Czech language.

As the methodologist of scientific department accompanying students, the coordinator of mobility Ildaniya Nizambiyeva has reported, during the meeting with the management of the university in Plzena the decision to award students of Elabuga institute of KFU with a single grant of 3000 krones (about 6,5 thousand rubles) is made.

It should be noted that after mastering of the educational program and obtaining certificates by the first delegates of Elabuga institute of KFU, is planned to begin a training for the following group of our students.