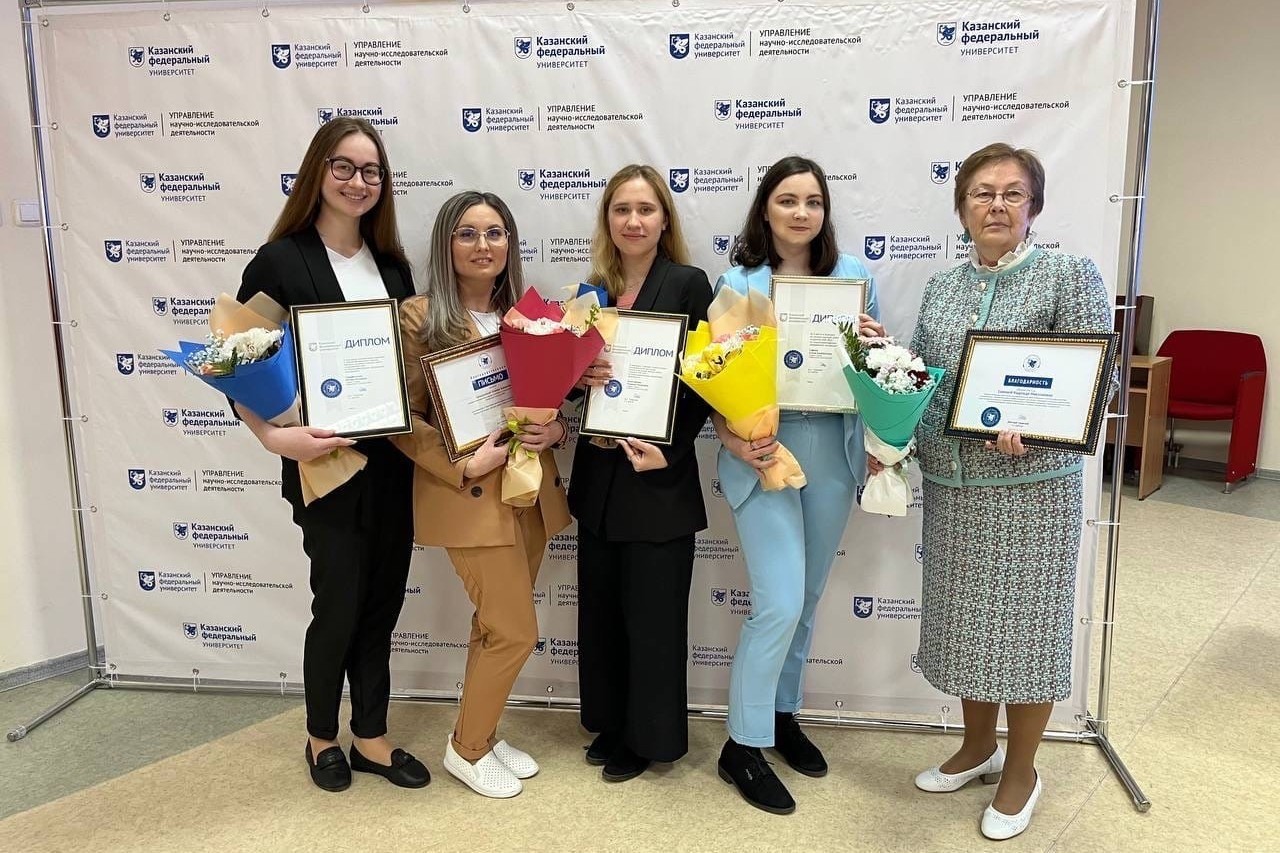 Best scientific paper competition among students of Kazan Federal University is an annual project aimed at involving students in research activities and encouraging them for painstaking scientific work. Traditionally, the works are accepted in the following areas: "natural sciences", "engineering and technical sciences", "social sciences and humanities".

As part of the first round, 8 students of Elabuga Institute, Akhmetzyanova E., Khuzeeva F., Garifullina R., Popova O., Safina A., Makarova Yu., Tumanova A., Yunusova A., presented their reports to the members of the evaluation commission which included the director of the Institute Elena Merzon, as well as leading teachers of departments and a student of the university. During the presentations, Pedagogy, Literature, Psychology, History and IT technologies issues were considered. As the jury members noted, the competition participants showed the qualities inherent in gifted individuals, namely: perseverance, self-confidence, creativity, orientation in current scientific issues, increased efficiency and stress resistance.

This year, KFU students submitted more than 900 scientific papers to the competition, and 51 papers were admitted to the final stage of the competition. The honor of the Elabuga Institute was defended by three students – Elvina Akhmetzyanova, Regina Garifullina and Alina Safina. "I think this competition was a kind of platform for each participant to exchange experience and an excellent opportunity to get acquainted with research in various fields, including Sociology, Literature, and Pedagogy... Thanks to the participation, we were able to identify the importance of studying modern children's literature at school, to acquaint participants with the developed methodological material, a multimedia atlas. It was very interesting to hear the opinion of the jury members about the work done, to accept their suggestions for further study of the issue," Elvina Akhmetzyanova, a student of the Department of Philology and History, shared her impressions of participating in the competition.

The awarding ceremony took place today at the the Institute of Geology and Oil and Gas Technologies. The event was attended by Acting Rector of KFU Dmitry Tayursky. He congratulated the nominees and winners of the competition, thanking the students for their participation and the courage to present their scientific work to the qualified jury: "The University holds many different competitions aimed at ensuring that participation in them is not limited to receiving prizes and awards, but forms a number of necessary competencies for our students. The competition for the best scientific student work is one of those and allows students to gain invaluable experience in the process of scientific research, work on their own project."

Ôîňîăđŕôč˙ čç ěŕňĺđčŕëŕ: Students of Elabuga Institute have become winners and awardees in the competition for the best scientific paper among KFU students