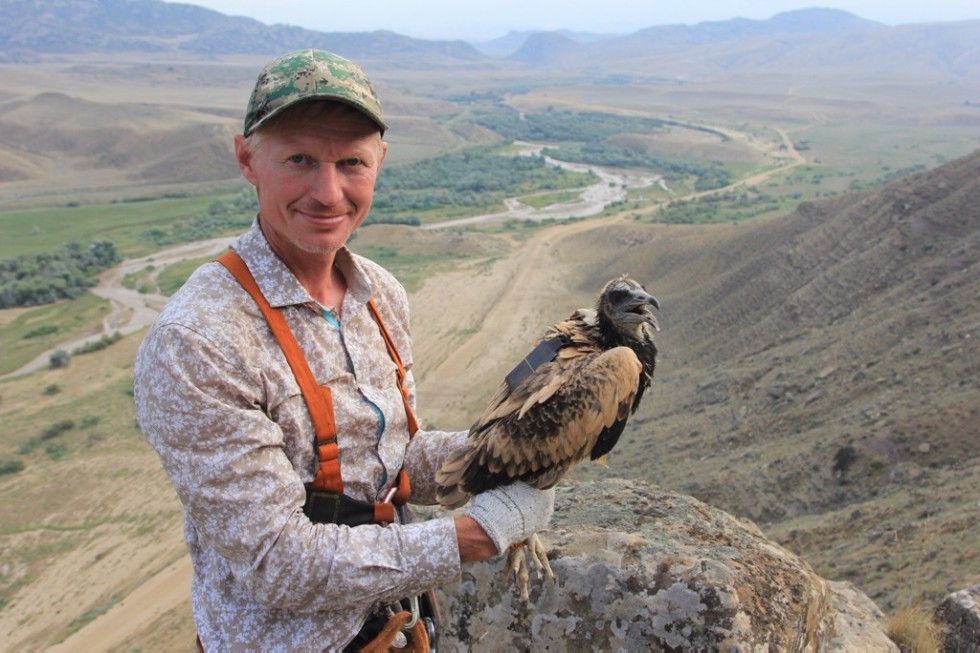 Artificial nest as a gift to the chicks, colored rings for the eagle, GPS-tracker for the vulture - the results of the summer expeditions were summed up by Rinur Bekmansurov.

The Educational and Scientific Laboratory of Bird Monitoring and Protection was established at the Department of Biology and Ecology of the Yelabuga Institute of the KFU in 2014. Its priority task is to study and preserve the avifauna of the Republic of Tatarstan. The head of the laboratory Rinur Bekmansurov, a member of the Russian Bird Conservation Union, coordinator of the ringing of predatory birds by the color rings of the Russian network for the study and protection of feathered predators, a member of the Commission on the Red Book of the Republic of Tatarstan, a member of the editorial board of the journal "Birds of prey and their protection", told about the results of the last expeditions.

According to Rinur Bekmansurov, scientists conducted a successful experiment on emergency platforming on the territory of the Volga-Kama Reserve. Here, as a result of the fall of the tree with the nest, two large chicks were found on the ground. Little eagles were doomed to destruction. As a result of emergency measures, together with the staff of the reserve, a new artificial nest was built on the neighboring large tree with a preliminary fixation of the wooden platform on it. The young birds were raised to a new nest. The checks showed that the parents continued feeding the chicks in this nest and subsequently the chicks successfully flew out.

In June, the laboratory of the Yelabuga Institute KFU continued its participation in the project to create the second edition of the Atlas of Nesting Birds of Europe. In July and early August, monitoring of nesting of burial eagles (solar eagles) was organized on the territory of Tatarstan. Nests were checked for 100 known and identified breeding sites during the research.

In August, the educational and scientific laboratory conducted a survey of black kite accumulations, mainly near the Tatarstan solid waste landfills. The analysis of data collected during the summer expeditions will become the basis for new research and scientific publications of the laboratory.

Source of information: Press Service of the Yelabuga Institute of KFU