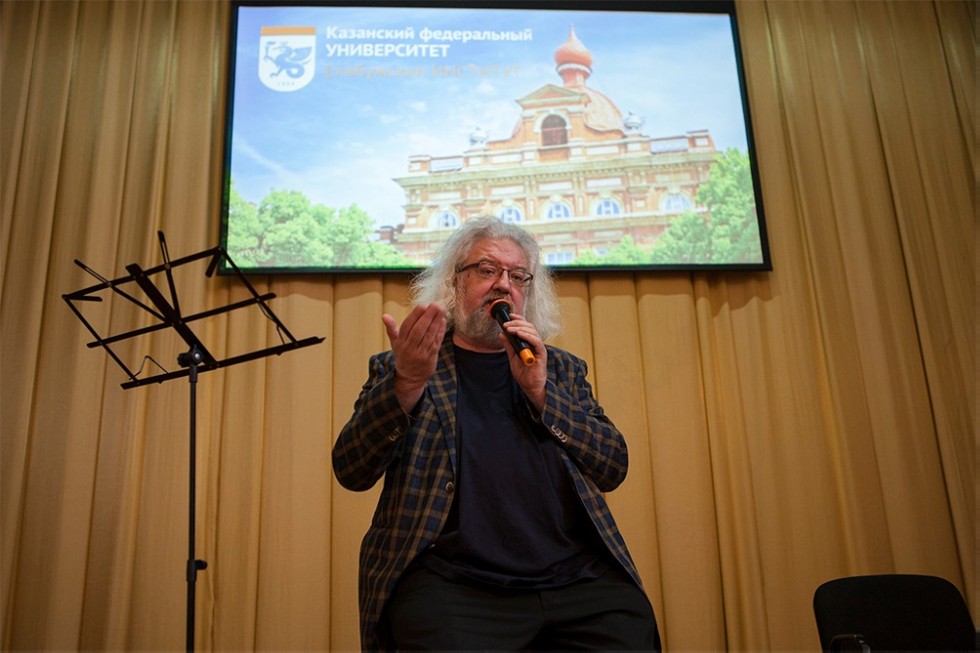 The topics of the dialogue were happiness, family, job, education and vocation. The journalist, dramatist, publicist, Andrew Maximov, answered the questions of students, lectures and journalists.

A visit of a venerable Russian TV presenter, Andrew Maximov, to Elabuga Institute of the KFU was organised by the alumna of the university, Zemfira Morozova, a Moscow businesswoman. The guest, who ironically called himself "an uncle from the TV," was presented by Professor Anatoly Razzhivin.

The leitmotif of the conversation was the eternal theme of happiness. According to the author of several books on psychophilosophy, happiness consists of two things family and favorite job. “You need to live according to your desires, but you should learn to separate them from a whim”, the TV presenter noticed.

At the finale, the guest was presented with souvenirs for memory and a traditional photo made at the beginning of the meeting. According to the results of the tour on the sites of Kazan Federal University, the active audience of Elabuga Institute, according to Andrew Maximov, received a "gold medal". In conclusion, he said that it is not right to follow blindly what was being said about at the meeting. “It will be great if someone learns something useful, interesting, finds an occasion to reflect and something to rethink and change in own life”.