Murat Choshanov: "In each difficulty an opportunity is hidden"
Main page \ Academic Units \ All Institutes and Faculties \ Yelabuga Institute

Murat Choshanov: "In each difficulty an opportunity is hidden" 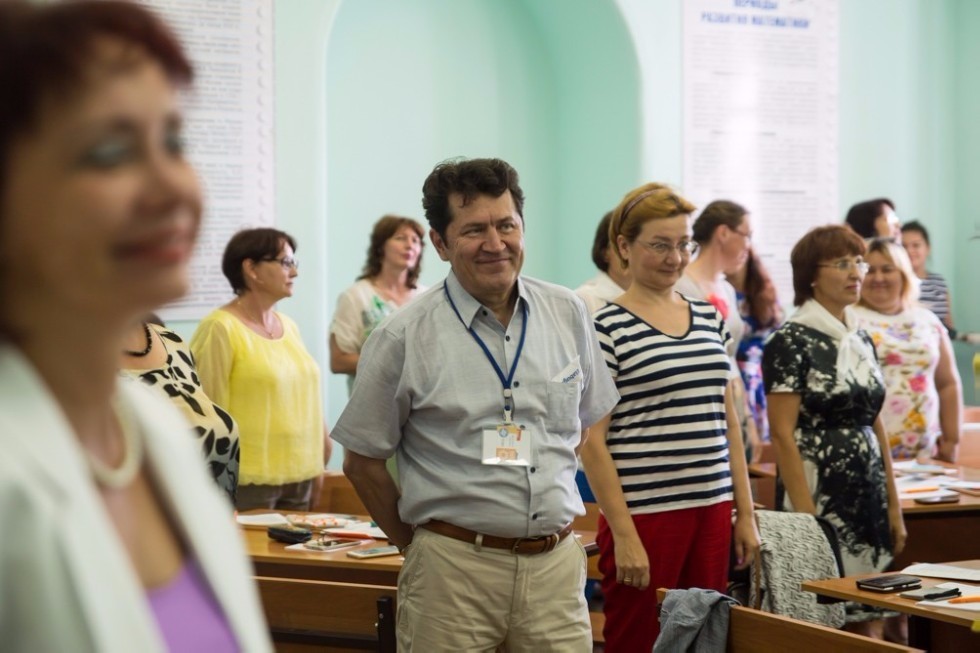 Professor, the doctor of pedagogical sciences of the University of Texas in El Paso has told about problem oriented constructivism at mathematics lessons.

Today teachers of the whole country adopted experience of process of training mathematics in the USA. The constructivism is the certain pedagogical philosophy directed to the fact that the student himself has to adopt knowledge, but not to take ready information.

Murat Ashirovich has explained how a modernization of educational process in America at mathematics lessons takes place. His story was about "a revolutionary overturn" in training which has taken place in the 20th century which has become an alternative of "behaviorism". The whole master class is based on the examples given from practice. At the beginning of the class the example where the pupil has made a mistake in calculation has been given. After that following questions were discussed: what a teacher has to do in this situation, how to achieve the maximum result at a lesson. Then listeners fulfilled the task which could be solved by the infinite number of ways.

Summing up the results, the moderator has noted that the main idea of constructivism is domination.