"Future of Education or Education of Future": dialogue of the authorities and society
Main page \ Academic Units \ All Institutes and Faculties \ Yelabuga Institute

"Future of Education or Education of Future": dialogue of the authorities and society 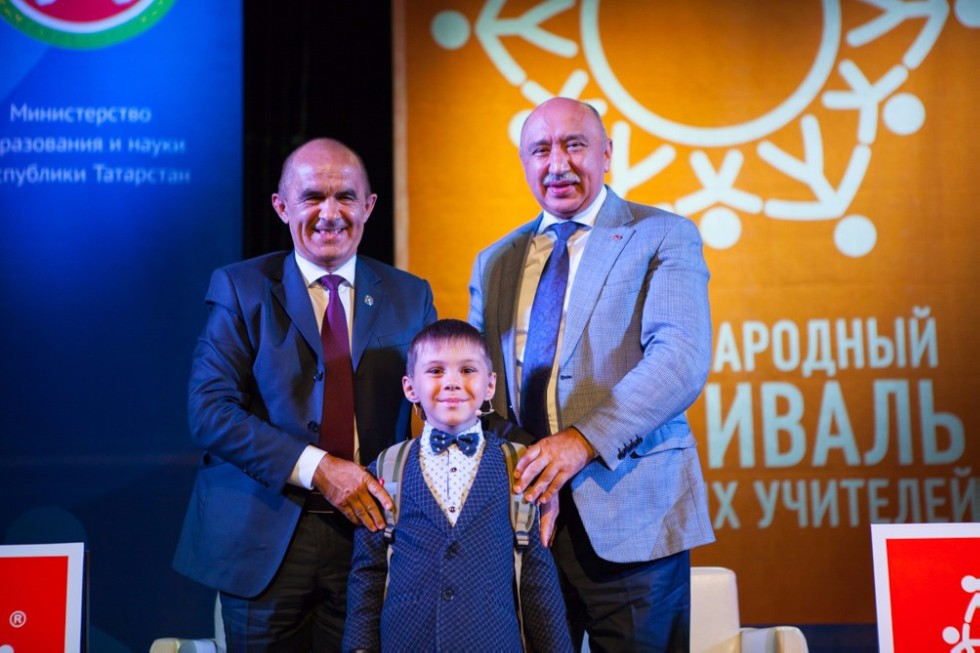 How to teach new generation, the future education reforms and new projects were discussed by leaders of Tatarstan, teachers and parents.

On the 7th of August the ceremonial opening of the VIII International festival of school teachers was held. The deputy of the State Duma of the Russian Federation Ildar Gilmutdinov, the chairman of the State Council of RT Farid Mukhametshin, the rector of Kazan Federal University Ilshat Gafurov, the Minister of Education and Science of RT Engel Fattakhov, the chairman of the republican trade-union organization of workers of national education and science Yury Prokhorov, the head of the Elabuga district Gennady Yemelyanov have participated in a plenary session.

The action "Help to Get Ready for School" became a good tradition of opening of a festival. 15 future first graders, whose mothers and fathers work at Elabuga institute of KFU, have received school bags and certificates as a gift from the top officials of the republic.

Participants of a festival – more than 350 teachers of Tatarstan and 60 teachers of Russia, about 50 moderators of Russia, the USA, Germany, Turkey, Israel, the Slovak republic, Belarus, Azerbaijan. Leaders of the republican project "School of Superiority" became guests of honor.

The plenary session "Future of Education or Education of Future" has taken place in the form of active dialogue moderator of which has become a hostess of a festival – the director of Elabuga institute of KFU Elena Merzon. Having greeted audience, chairs on the stage were occupied by speakers-experts who were joined by "Teacher of the year of the Russian Federation" Alexander Shagalov and mother of schoolgirls of the Elabuga gymnasium Raisa Anikina.

Having thanked all participants of the meeting for constructive dialogue, Elena Merzon declared a festival open. Under a mystery of electronic violins the scene was lit up by gold and silver fountains of fireworks – explosion of inspiration and energy – the special atmosphere of a festival.

Ōīņīćšąōč’ čē ģąņåščąėą: "Future of Education or Education of Future": dialogue of the authorities and society