Economy of regions: the future belongs to young specialists 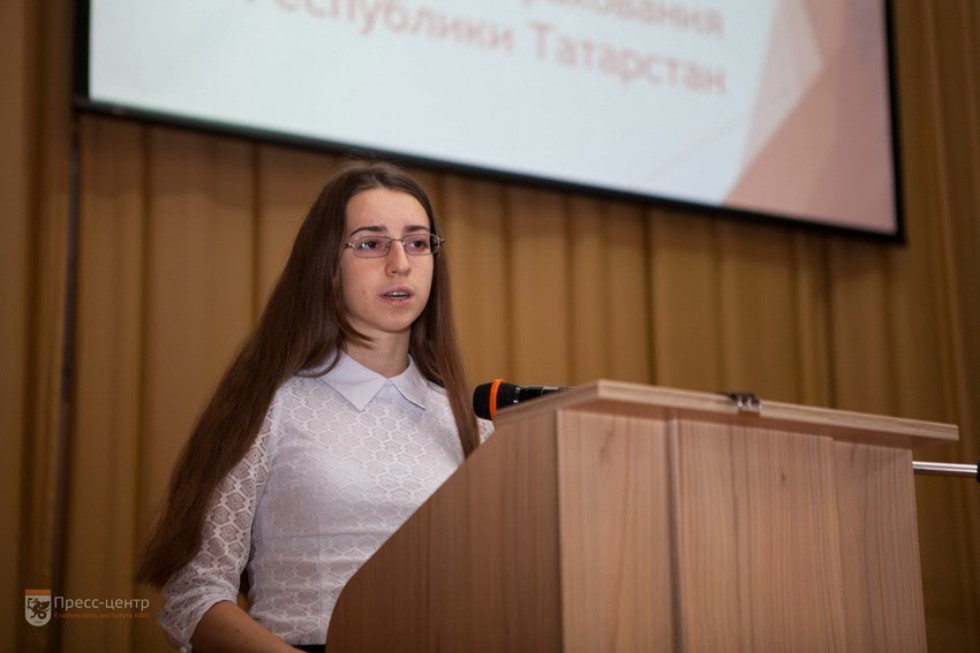 November, 16 All-Russian scientific-practical conference with international participation took place in Elabuga Institute of KFU. The topic of the forum was "Management of the region economy: history, current state and prospects".

The importance of scientific dialogue between students and teachers on burning economic issues was noted in his welcoming speech of Vladislav Vinogradov, the deputy director for scientific activities of Elabuga Institute of KFU. "The economics is becoming younger, more creative and mobile field of science. It is more relevant to the world development trends, the world's economic systems. Due to this fact the students are the main participants of this forum and Elabuga Institute has become a platform for the discussion of topical issues of economic development ", - said V.Vinogradov.

According to the organizers, the conference was aimed to make participants exchange their scientific results and research experience and formulate concrete proposals for further development of Russian and world regions.

Associate professor of Naberezhnye Chelny Institute of KFU, the candidate of economic sciences Gyliya Galiullina made a speech at the plenary session devoted to the function peculiarities of the territories with a special economic status. "When people talk about the economy they mention the crisis. However, it is Tatarstan where we have points of its growth, which, according to some experts, are to become the driving force in the development of the entire economy of the region as well as the whole country. For me as a researcher interested in the issues of area socio-economic development it is very useful to discuss these burning issues with the colleagues and students in the course of the conference "- explained G.Galiullina.

About two hundred scientists participated in the work of the conference: leading experts and active competent workers of regional and municipal governments, scientists and researchers, graduate students and students of Tatarstan and Russia, as well as representatives of near and far abroad countries: Hungary, Finland, Nigeria, Belarus and Ukraine.

Active participants of the conference has traditionally become students of our Institute.

Liliya Gadrshina, 3rd year student of the Faculty of Economics and Management:

"I presented a paper on the subject of taxation at this conference. This issue is urgent as all companies are constantly looking for ways to reduce the tax burden. I considered the consolidated group of taxpayers. The aim of the creation of such associations is to reduce the corporate income tax. I also mentioned the advantages and disadvantages of this system."

Discussions continued in the framework of the following sections:

* "The history of the economy of separate regions and the world"

* "Management of bank and insurance business in Russia and the world"

* "Control in the system of the enterprise and region management"

* "Problems of regional administration at the present stage"

Source of information: Dinara Almagambetova, the press service of Elabuga Institute of KFU