A textbook on 18th-century literature becomes a winner of the Association of Russian Publishers contest.
Main page \ Academic Units \ All Institutes and Faculties \ Yelabuga Institute

A textbook on 18th-century literature becomes a winner of the Association of Russian Publishers contest. 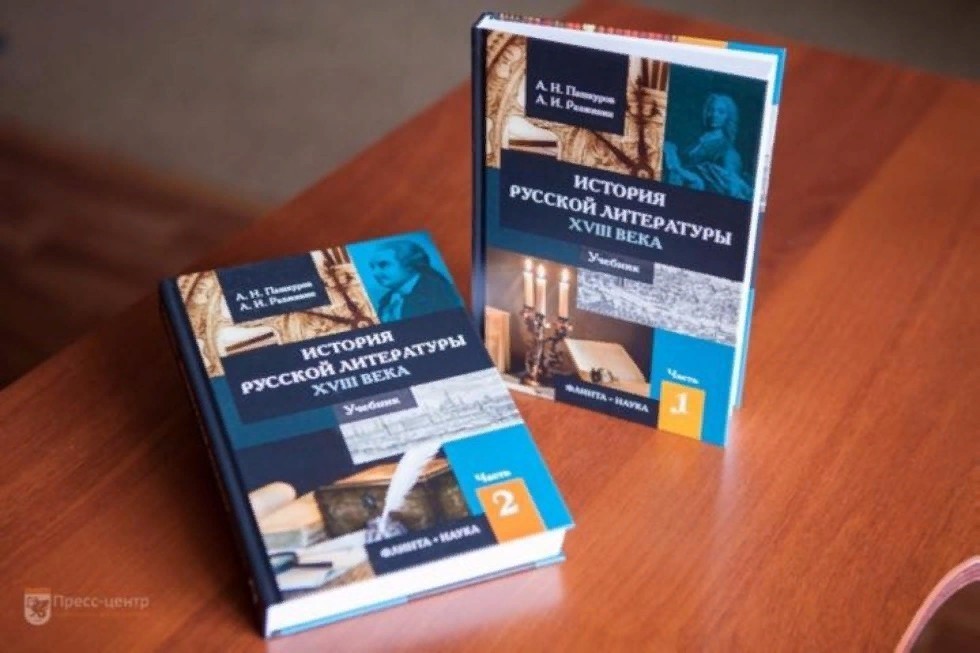 The textbook, created in KFU, won in the nomination "The best educational book"

Recently, the third edition of the university textbook "The History of Russian Literature of the 18th Century" was published in the Publishing House “FLINTA: Nauka” (Moscow), the authors are KFU professors Anatoly Razzhivin (Elabuga Institute) and Alexey Pashkurov (Leo Tolstoy Institute of Philology and Intercultural Communication).

The new format of the textbook in two volumes introduced new names into scientific circulation that was done by Russian and foreign researchers for the first time over the last decade, and the latest philological concepts posed in it allowed addressing the textbook not only to the bachelors of the profile of "Teacher Education" but also to undergraduates-philologists and graduate students.

On June 1 of this year the “FLINTA: Nauka” Publishing House became the winner of the contest of the Association of Russian Publishers in the nomination "The Best Educational Book of 2017", in which the textbook by Anatoly Razzhivin and Alexey Pashkurov won.

Фотография из материала: A textbook on 18th-century literature becomes a winner of the Association of Russian Publishers contest.