A creative meeting of participants of the M.A. Voloshin International Literary Festival with students and teachers of the Elabuga Institute of KFU took place at the Yelabuga Institute 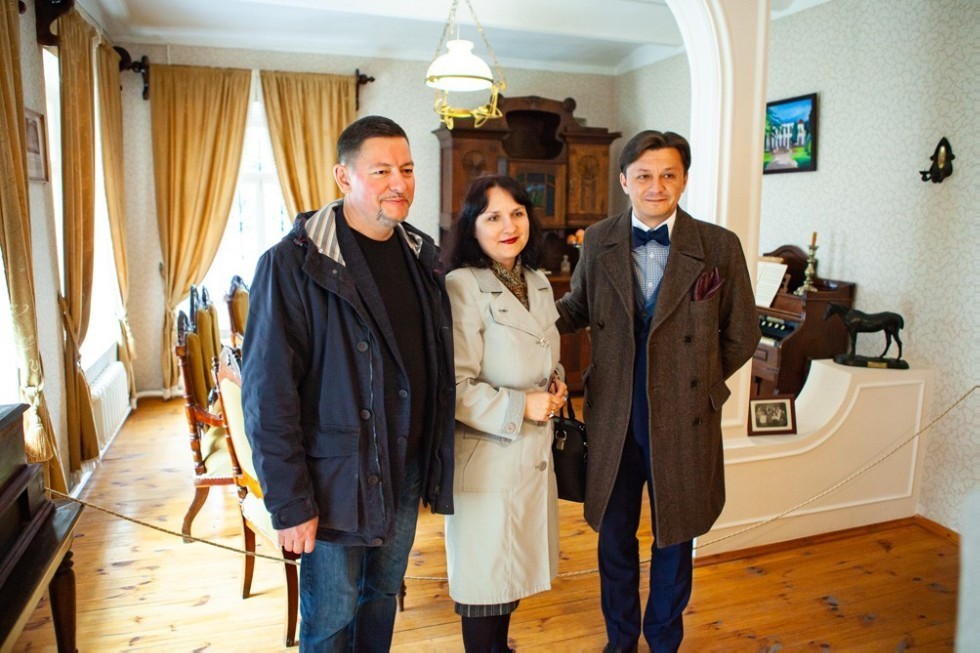 Today, in the assembly hall of the Yelabuga Institute, within the framework of the X International Tsvetaeva Readings "Dear companions who shared a bed with us...", the XX International Scientific and Creative Symposium "Voloshinsky September" and the M.A. Voloshin International Literary Festival dedicated to the 130th anniversary of Marina Tsvetaeva and the 145th anniversary of Maximilian Voloshin, a creative meeting of modern writers with students and employees of the EI KFU. The meeting, which was filled with the sound of modern poetry and prose from the authors' mouths, was preceded by a tour of the museums and the main building of the Institute.

The president of the Voloshinsky September Foundation, a contemporary literary figure, poet Andrey Korovin acted as a presenter. He alternately invited writers to the stage who represent the most diverse regions of Russia - from Kaliningrad to the Urals - and the wizards of the word, in turn, shared with the audience their creativity, poems and prose, stories from life. Alexey Ostudin, Dmitry Legeza, Anna Gedymin, Efim Bershin, Galina Ilyukhina, Gennady Kalashnikov, Lera Manovich, Boris Bartfeld, Ekaterina Polyanskaya, Olga Anikina, Roman Rubanov, Rahim Gaisin and Anna Morkovina performed in front of the audience

In conclusion, the masters of the artistic word invited the audience to attend a master class on literary creativity, and also told about the differences between the "ability to rhyme" and poetry, about the difficult everyday life of writers. And for those who write today and want to try their hand at seeking recognition, Andrey Korovin recommended to follow the news of "Voloshinsky September" and take part in competitions, prizes.

"I am trying to write poetry myself, so this meeting was very useful for me, because I was able to hear real accomplished writers, poets live. I think that today I have learned a lot and I will definitely try to take part in the Voloshinsky Festival as a participant," Artur Gimaldinov, a first-year student of the Department of Philology and History, shared his impressions.

Ōīņīćšąōč’ čē ģąņåščąėą: A creative meeting of participants of the M.A. Voloshin International Literary Festival with students and teachers of the Elabuga Institute of KFU took place at the Yelabuga Institute